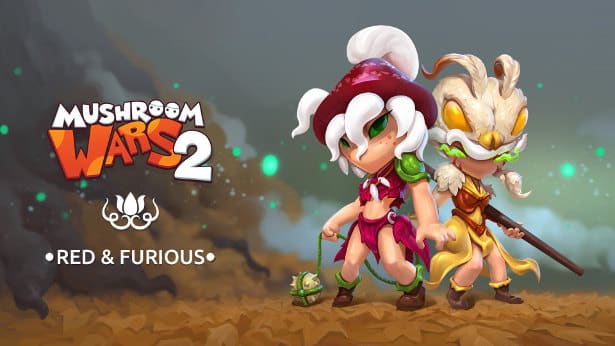 Red and Furious DLC releases for Mushroom Wars 2 in Linux, Mac and Windows games. Developer Zillion Whales are introducing more content for multiplayer RTS. Available now on Steam. Which is worth playing.

Since those magical mushrooms are at it again. Mushroom Wars 2 continues its epic journey. Which also includes a new DLC update of Portabello proportions.

Also part of this update are 35 new multiplayer maps. As well as 50 new story-driven campaign missions. Which also includes boss fights. And 4 new Hero Characters. Since this means a new Amazonian inspired army. Even a new environment and interactive game objects.

So yes, the Red and Furious DLC is available. Today, February 19th on Steam, Android and iOS. While the new features will be coming to Switch in March. That is, if you even own a Switch.

Mushroom Wars 2 offers over 80 multiplayer maps. Also cross platform capability. And includes a player base of over 1.8 millions worldwide. So there is not shortage to challenge you in fierce combat. Or a spectator mode. Since this allows players to pick-up tips from the pro’s. Top that off with the Red and Furious DLC and you are golden.

Red and Furious is available at $4.99 USD. Which also releases on Linux, Mac and Windows.

So, to celebrate the new content. Mushroom Wars 2 is available at 50% discount on Steam. Plus a further 10% discount off the DLC for one week.