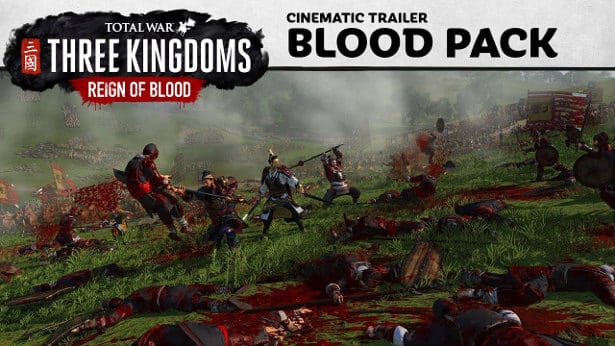 Reign of Blood DLC release date for THREE KINGDOMS in Linux, Mac and Windows PC games. Thanks to developers Creative Assembly. And also the creative effort of Feral Interactive. The new DLC content launches soon to Steam and Humble Store.


China will run thick with the blood and limbs. So are your enemies in the new Reign of Blood Effects Pack. Coming to Total War: THREE KINGDOMS on Thursday, June 27th. But the Linux and Mac release is also coming. All thhanks to a recent Twitter post from Feral Interactive.

“The Reign of Blood spreads to macOS and Linux shortly after Windows.”

So this is positive news. But Feral also does not indicate a release date. At least we have support confirmation for the new DLC.

The Reign of Blood Effects Pack will introduce several new gory and mature-rated effects, animations and kill-moves to the game in both Campaign and Battle, meaning you can witness limb lops, beheadings, and charred corpses in sadistic detail.

Experience the battlefields of ancient China. In gruesome detail with the Reign of Blood Effects Pack for Total War: THREE KINGDOMS. This pack introduces a number of new gory and mature rated effects. Both animations and kill-moves to the game in the Campaign and Battle. Once installed, these effects can be activated in the graphics settings of Total War: THREE KINGDOMS.