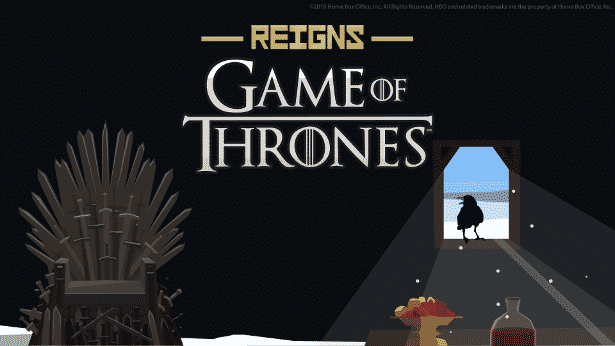 Reigns: Game of Thrones adventure RPG releases on Linux, Mac and Windows. Also getting some Very Positive reviews on Steam, thanks to the work of Nerial. While Devolver Digital and HBO announce the latest instalment in the enormously popular series of mobile games.


Reigns: Game of Thrones takes play in the universe of the famous HBO: Game of Thrones. Also available on Steam, GOG and Humble Store. Also the App Store and Google Play priced at $3.99 USD.

So Reigns: Game of Thrones will allow you to freely explore. Allowing you to see the possible development of events in the world famous HBO series. Also letting players decide the fate of key characters. These are seen in the fierce visions of the priestess of the Red God – Melissandra.
Players will also be able to play Cersei Lannister, Jon Snow, Daenerys Targaryen, Tyrion Lannister or Sansa Stark. Also many other characters, while facing challenges unique to each character. Because Melissandra’s visions have been mysterious and inaccurate more than once.
More than one situation can surprise unsuspecting players. While looking into the flames, you can see Cersei rebuilding the Baelora temple. Or what would happen to Westeros if Sansa married Jaime Lannister.

Players will be able to choose who will sit on the Iron Throne. while navigating through challenging and dangerous relationships with other kingdoms. Ruthless politics, seduction of uncertain allies and preservation of the stability. And also the satisfaction of the subjects may allow the ruler to live.
So who knows, maybe even survive the horrible winter in Westeros. The deadly choices in the land of the seven kingdoms will be accompanied by the famous soundtrack from the series.

Reigns: Game Of Thrones adventure RPG is available for Linux, Mac and Windows, priced at $3.99 USD. With releases on Steam, GOG and Humble Store.