Renegade Kid, creator of the Dementium series and titles such as Treasurenauts, is seeking to fund its upcoming horror game, the Kickstarter campaign.

The campaign launched today and is seeking $580,000 to pave its way onto Linux, Mac and Windows PC via Steam, as well as PlayStation 3, PlayStation 4, PlayStation Vita, Wii U and Xbox One. Xbox 360 and Nintendo 3DS ports are a possibility with #stretchgoals. Although the game, currently in #development, was previously planned for a 3DS launch, it has since “grown beyond the scope” of the handheld system.

Cult County is self-described as “The Walking Dead meets Silent Hill 2 from a first-person perspective” and will focus on atmosphere, loneliness and your innermost fears. The game is set in a “small, dusty West Texas town,” where protagonist Gavin Mellick is searching for his sister. Unable to find her, Gavin begins unraveling clues about a strange, “cultish” group new to town.

“With each step you take, it feels as though the town is pulling you in closer to its rotten core,” the Kickstarter page reads.”What may have seemed normal before, now looks distorted and corrupt. Is it the town or is it the people? Or is it you? You soon find yourself bearing arms with anything you can find to defend yourself against… (to be revealed)!”

Cult County is Renegade Kid’s effort to develop a new game in the same spirit as Dementium — from the same core creators — by blending elements of survival horror-based first-person shooters with episodic story telling. Despite fans asking for a new Dementium title, however, the developer is bound by “certain contractual ties from the past make that impossible.” Co-founder Jools Watsham explained that the game will be vastly different from Renegade Kid’s previous horror series.

“Whereas Dementium slaps you in the face with creatures and zombies almost straight away, Cult County is a slow burn,” Watsham said. “For us, this is a very important element in gradually building tension along the player’s journey and pulling the player further into the game’s universe, so that when things get twisted, you not only experience it on a surface level but hopefully also in a deeper way that sticks with you and is more satisfying.”

The campaign marks the first ever in Renegade Kid’s development history. According to Watsham, the team is expecting a “whirlwind of crazy” when it comes to their project.

“When we chose to go with Kickstarter, the first thing we did was determine what we needed to complete the project and meet the player’s expectations, and that in turn helped us verify the minimum funded goal we need to reach,” Watsham said.

From there, the developer researched other campaigns to identify what seemed appealing and what didn’t.

“I have backed a number of different Kickstarter campaigns,” Watsham said, “and find that I ask myself a few questions before backing them: 1. Do they seem sincere? 2. Do they seem dependable? 3. Do they seem passionate about their project? For me, these three things are key elements to convincing me that I want to back something after I have already decided I like the game or book they want to create.

“I know that we are all of these three things; sincere, dependable and passionate, and I want to try and communicate these qualities to the people who are interested in seeing a new survival horror game on their console or computer from us.” 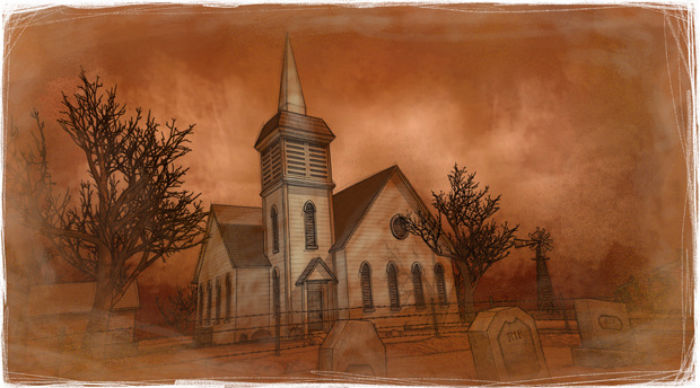 Part of the appeal of Kickstarter, Watsham said, was to work with the community on the game’s overall design. Backers will all receive credit in the game and have the chance to vote on enemy designs, props, sound and more. Early Access tiers, available at the $60 mark, will grant Windows PC users beta access to the game when it’s ready; at the $100 mark, backers gain access to the game’s alpha. A behind-the-scenes documentary will also track the game’s progress.

“I spent a lot of time thinking about the reward tiers, and what people might find interesting and rewarding for them,” Watsham said. “I think the Cult County Kickstarter campaign has a lot to offer people who want to help us and get their hands dirty with game development, as well as their name in the credits.”

As for the campaign’s future, the developer said, Renegade Kid will complete Cult County no matter what the outcome.

“We will make Cult County regardless of what happens with the Kickstarter campaign,” Watsham said. “It will take a lot longer for us to complete Cult County if the minimum goal is not reached, though.” 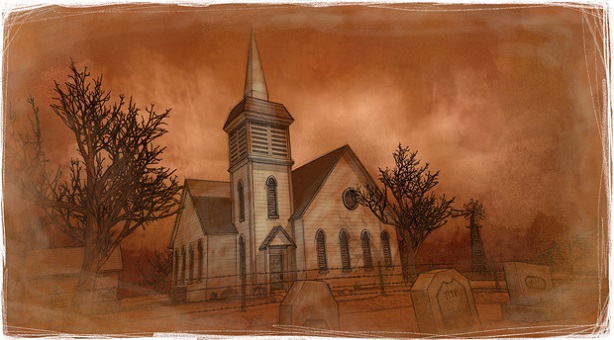