On the heels of one successful Kickstarter-funded game development project, Wichita #developer Davis Sickmon Jr. is launching another Crucible (coming to OUYA, Windows PC, Mac, iOS, Android, and #Linux, in that order).

Sickmon started a $10,000 Kickstarter campaign this week to support the creation of Crucible, a retro-style game somewhat inspired by Gauntlet, which Sickmon says was a favourite among serious gamers in the 1980s.

“The best way to put it — Gauntlet meets Terminator,” Sickmon says about Crucible. “It’s an 80s top-down Gauntlet-style game. It involves a whole lot of time travel, robots, discoverable characters, some RPG elements where you get to level-up your character, along with the usual crunch that goes with Gauntlet-style games where you’re against the odds.” 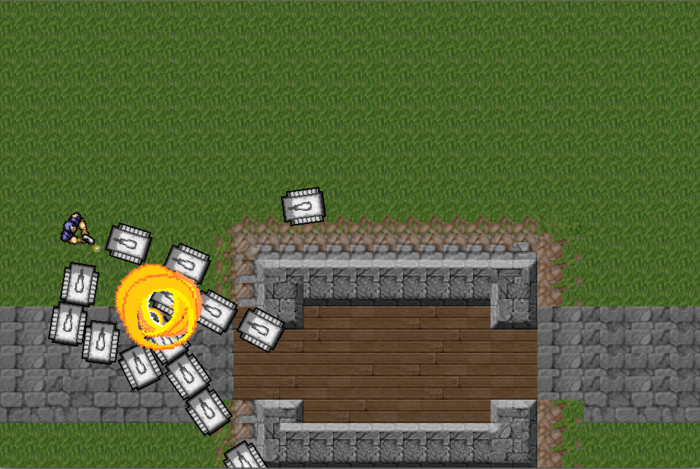 As with his previous game project, Jumpman Forever, Sickmon is seeking matching funds from gaming console company Ouya’s Free the Game Fund. If the Kickstarter hits its targets, the fund will match the amount raised.

Therefore, Crucible will be available exclusively on Ouya for a while — likely a month — before Sickmon releases versions for other platforms. Eventually, he plans versions for PC, Mac, Android, iOS and of course Linux.

Sickmon says he hopes to ship a beta version of the Ouya game about a month after the Kickstarter ends. As the lead developer, and working with four others in Wichita who will design some levels and work on marketing.

Sickmon says he hopes the game is accessible to some casual gamers, but his main target is the serious gamers who enjoyed overwhelm-the-player-type games like Gauntlet.

“It’s surprising that it ended up being fun,” he says of Gauntlet. “The gameplay was good enough that you put up with it.”

Meanwhile, Sickmon is continuing to work on Jumpman Forever. The Ouya version is already out, and beta versions for PC and Mac are almost finished.