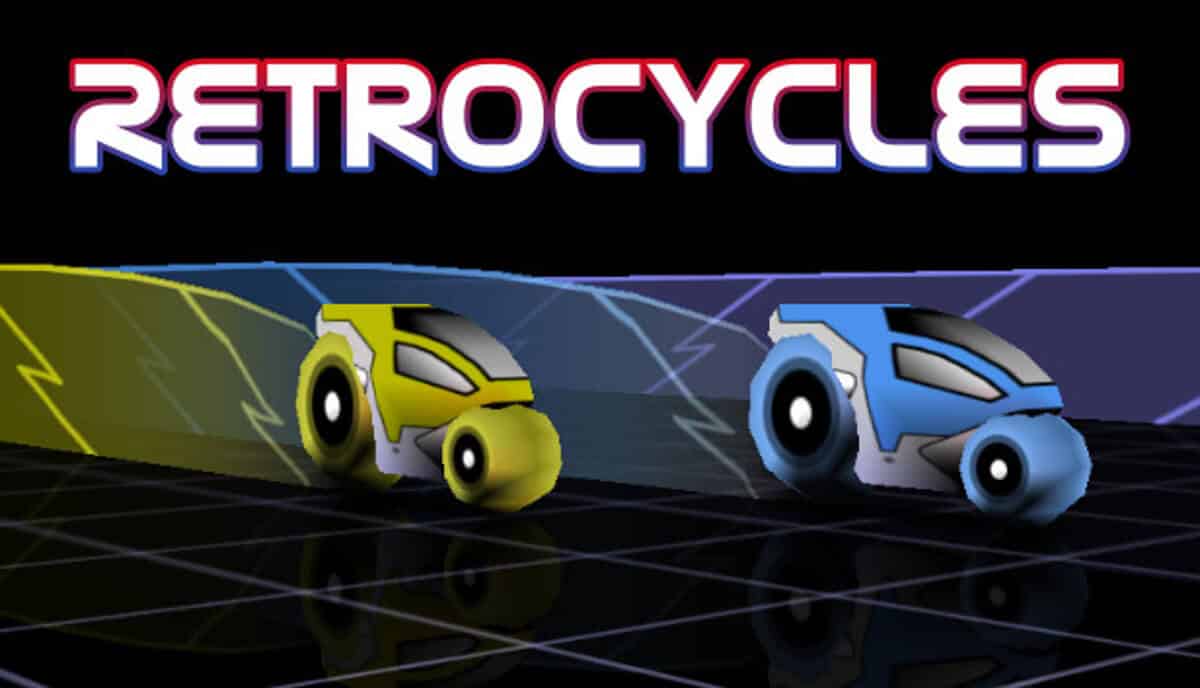 Retrocycles aka Armagetron open source racing action releases on Steam for Linux and Windows PC. Thanks to developer Manuel Moos. This is a free to play game which is now playable on Steam.

Retrocycles you ride a bizarre vehicle that can never stop. But also leaves a deadly trail behind. Inthe most basic game mode, you can only make sudden right angle turns. But you are also trapped with others in an inescapable arena. The last survivor wins. Which you probably already know. So the 86% Positive reviews on Steam are no surprise.

Focus is firmly on online play. Pick a server that sounds fun from the server browser, hop in. Maybe stay and play there for as long as you like with the same people. Online, you will find many change at the core Retrocycles gameplay. There are other objectives other then merely survival. In Fortress Mode, two teams face each other. Each team owns a Fortress Zone and needs to defend it. All while trying to conquer the enemy team’s Fortress. In Sumo Mode, everyone needs to stay inside a shrinking circle to stay alive.

The game supports custom maps (sadly without an editor). Plus you can tweak just about every gameplay variable. Either to your, or more likely, the server owner’s heart’s content. Speed, map size, trail length and timeouts are just the start. Even the rigid right angle turn rule can be bent!

Retrocycles is the Steam version of the open source game Armagetron Advanced. Which certainly one of the only games of its kind to stay a bit relevant for twenty years.

Retrocycles is very much a free to play game. The open source racing action releases on both Linux and Windows PC, of course.