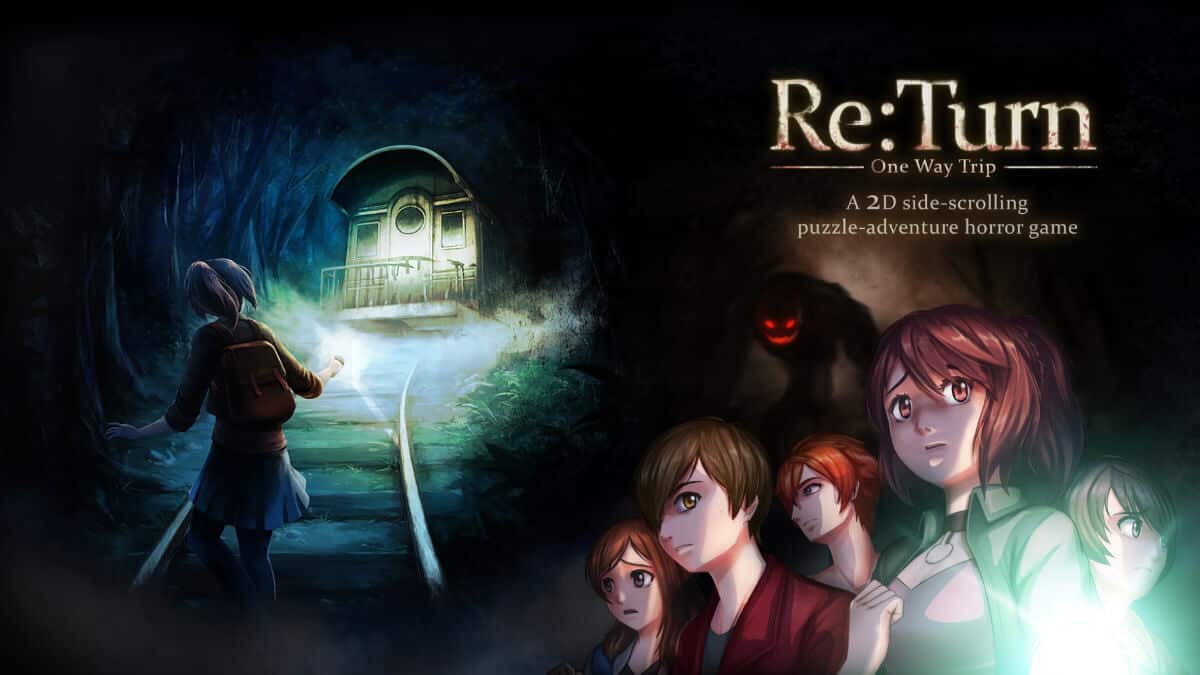 Re:Turn – One Way Trip 2D horror Demo and release date for Linux and Windows PC. Thanks to developer Red Ego Games. Due to arrive on Steam and Itch.io.

Green Man Gaming and London based development studio Red Ego Games are excited to announce details. Since their haunting 2D adventure horror Re:Turn – One Way Trip releases September 29th on Steam. Offering a twist on the horror genre. Where players must rely on their intellect. While searching through time to survive against an unspeakable evil.

We’re using Unity 3d 2018 to develop the game. We don’t have any plans yet for the Linux port. But we will definitely work on it after the game is released.

This is both good news and a bit of a disappointment. Since there will not be a day one release for Re:Turn – One Way Trip. That being said, it’s a pleasure to see a port in the developers plans.

Re:Turn – One Way Trip tells the terrifying story of five college friends on a post-graduation vacation. When protagonist Saki awakens in the middle of the night. She finds that her friends have disappeared from their campsite. So she is somehow lured to an abandoned train – standing silent. As if it has been waiting for its final passenger to board.

Barriers between the past and the present start to dissolve as players delve into the complex mystery of locating the missing friends and unearthing the train’s deadly secrets. Escape otherworldly horrors and unrelenting terrors as players use their wits to tackle tricky puzzles and piece together clues to survive, all whilst holding their nerve with a tension-building original soundtrack.

For those brave souls who laugh in the face of fear. A Re:Turn – One Way Trip demo will be available on Steam from the 16th – 22nd June. Since the game will be part of the Steam Game Festival – Summer Edition. Therefore, just head to Steam and download the demo next week. And since the games developed using Unity 3D, this is good news for Proton.

Re:Turn – One Way Trip is due to release September 29th on Steam. With the 2D horror Demo due to release next week for the Steam Game Festival. Arriving on Windows PC, followed by a Linux build.