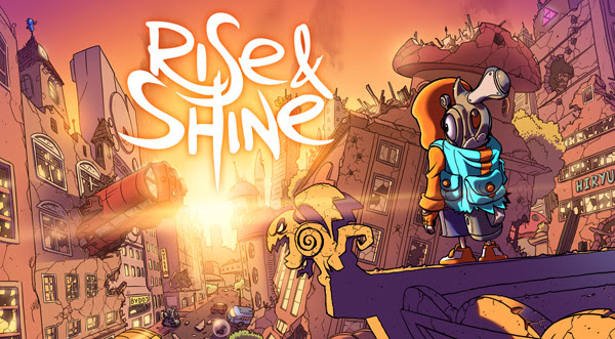 Super Mega Team working with Adult Swim have released Rise & Shine on Linux. Since there is no update news announcement on the Steam page. Instead the details are #released by a discussion post about Linux gaming.

Since Rise & Shine is more of a “think and gun” title. Gameplay is said to blend elements of arcade shooters, bullet hells and #puzzle #platformer. Having played Rise & Shine prior to the Windows release, gaming caught me off guard. In fact it was a bit more challenging than expected. Since there is a combination of twin stick strategy and manoeuvring.
So as a player you have to switch between Shine’s (talking gun) add-on’s to solve puzzles. While also guiding projectiles through intricate mazes. Plus electrifying damaged equipment to discover new paths. So it’s all there.

Since we originally released news of Rise & Shine coming to Linux back in January. The whole point was to have the community upvote a native release via Steam Discussions. Hence a success.

Yet we still have an issue trying to install the game on Linux. Since the install files are not yet present on Steam. Even though the page listing shows the SteamOS icon. So we have emailed Super Mega Team and we’re waiting on a fix.

“We are looking at it at the moment and we’ll release a fix as soon as possible.”

Rise & Shine is available on Steam and Humble Store for $14.99 USD.

Rise and Shine releases on Steam, so vote for support now