Riskers violent open world is a must on Steam 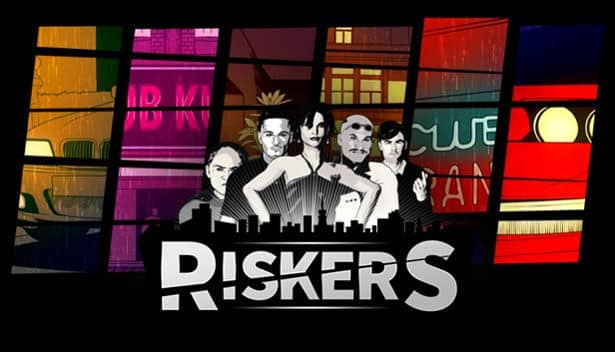 Riskers open world shooter available already on Steam in Linux, Mac, Windows. The games action features protagonist Rick on the run from the mob. Which is also a must for anyone eager to a challenge.

Since Rick discovers a briefcase full of cash. He decides to keeps the dough. Also realizing he has mobster money from a deal gone bad. Things turn from bad to worse when Rick’s brother becomes a casualty. So he must now make things right. Even if it means breaking the law once again.

Riskers pays homage to two of the best top-down shooters in recent history: the original Grand Theft Auto (1997) and Hotline Miami (2012), and challenges you to play the role of ex-con Rick; experience life on the edge as the target of the mob and fight for your life as you race, shoot and even toss chairs at the bad buys. With mobsters breathing down your neck you can steal cars to stay one step ahead in high-speed pursuits. Choose from an arsenal of weapons including shotguns, pistols, automatic rifles, and sniper rifles. With the freedom to progress straight through the main story or complete a variety of side missions, you can experience a life of crime in any way you see fit…

Do you have what it takes to survive?

So Riskers is already available on Steam and Humble Store priced at $9.99 USD. This means Linux and Windows support via Steam. While the open world games Humble Page only shows Windows support.