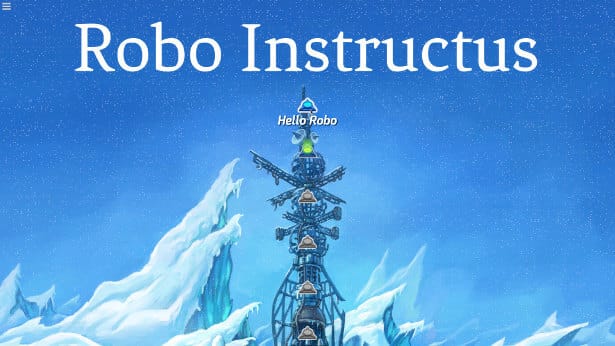 Robo Instructus programming puzzle games release date for Linux and Windows. Thanks to the creative work of Big AB Games. Which is coming soon to both Steam and Itch.io. With a Free demo coming as well.

Robo Instructus is a game in which you play as a salvage engineer. While controlling a robot (i.e. the little dude). Which also takes place in a distant and bare world. While you progress and unravel the story. Uncovering its lost programming language and learning how to code.

While Robo Instructus is a genuine game. Which is also engaging and unassuming at first glance. But will grip you after the first few minutes. Check out the launch trailer to get a sense of the game’s individual aesthetic. And the compelling sci-fi story.

While players discover a hidden language. They also explore the spirit of creativity. Robo Instructus teaches the player to program a salvage robot. Taking play on a forgotten alien world.
So as players unravel the robot’s functionality. They will also learn new programming commands. Allowing you to remotely wield the robot. As you progress through a range of hostile and dangerous environments. Uncovering an intricate web of sci-fi storytelling.

Presenting an in-game scripting language. This is also based on existing programming languages. Robo Instructus is designed to provide a fascinating, explorative challenge. Both to coders and non-coders alike. The game, much like the story, is a puzzle. So that players can unravel as you progress.

As players progress through the game adventure. They unlock new functions to overcome new puzzles. Each of which can be solved in multiple ways. The more you master the robot. The more elegant and powerful your solutions will be.

Robo Instructus release date is coming on July 16th. Releasing on both Steam and Itch.io. Which will also include a Demo for Linux and Windows at release.