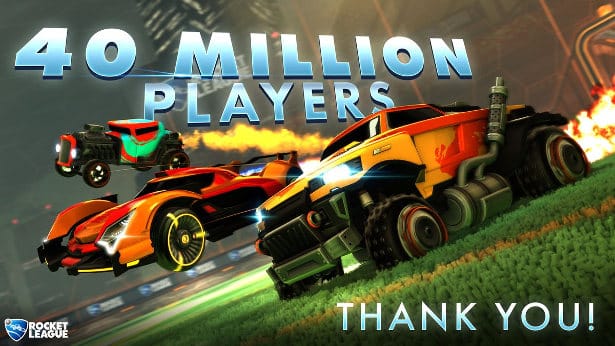 Rocket League has definitely become popular having amassed 40 million players world wide across Linux, Mac and Windows. Still one of the most enjoyable and most played games. Psyonix have released the on multiple platforms and it is still a hit around the world.

Developer Psyonix, have announced a new milestone on Twitter. Which is of course the games new player count.

Rocket League now has 40 MILLION players worldwide! Thank you to our ever-growing community for helping us start the new year with such a fantastic milestone. pic.twitter.com/8UJQLSlECF

The game first came out in 2015 for Windows and PS4 platforms. Offering up the game for free for PS Plus users. Which obviously increased its popularity. Since it is “free” for its first month. Where the game managed to gain a huge following. So word of mouth spread. And finally in September 2016, with a Linux and Mac beta.

So thanks to the sheer popularity of the game. Psyonix are keeping up the Linux version with DLC and game mode. Which also plays into the popularity and the over cross-platform gaming with PS players. Also, mod support too.

Finally in 2017, Rocket League had it’s Nintendo Switch debut. Since this marks the first time that players can take the game on the go. While being the only portable version of the game. Obviously because there is no release for the PS Vita, 3DS or smart phone devices.

So if by some random chance you have never heard of the game before. Consider gameplay to be a combination of soccer/football. Although you use cars instead of human feet to hit the ball. Also the games highly addictive and easy to play for several hours. Especially with friends. Since you’ll likely laugh and rage over different games.

Psyonix is still getting a lot of sales for the first game. So it might be a while before we see a sequel. Not a sequel is needed just yet. Since we have yet to master the original game. But it’s still played by lots of players around the world. Get on Steam or the Humble Store.