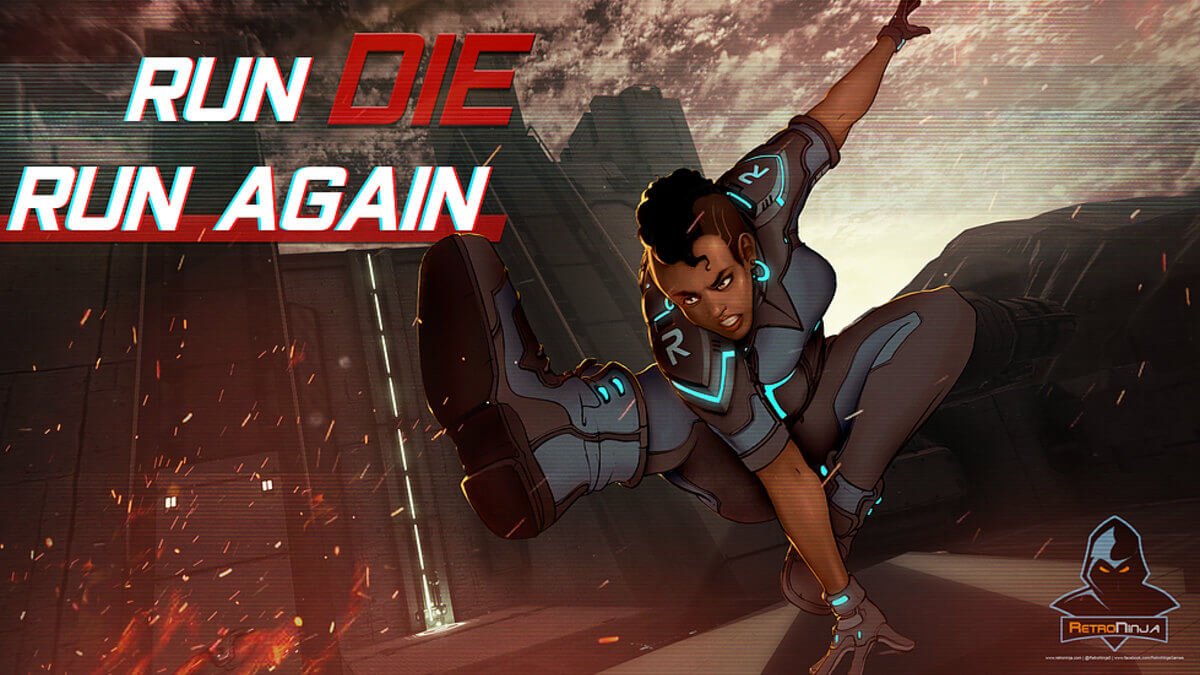 Run Die Run Again first person precision platformer wants you for Linux gaming support with Windows PC. Thanks to recent details from developer Retro Ninja Inc. The game is also due to release on Steam in the new year. And it looks good.


The game is the creation of industry veteran, Jerry Lawson Lifetime Achievement Award winner; Tony Barnes. Who is also the designer of the iconic Strike Series and Strider 2014. As well as countless other titles. Revealing a new game, Run Die Run Again. But the game is due to arrive on Windows PC. While a Linux port could be in the mix.

Run Die Run Again (RDRA) has been in development for about 9 months and is working towards Alpha. It’s running on the Unity engine, using the standard render pipeline. Because of the Unity engine, a Linux port is not out of the question. Especially if there’s enough interest. We’d really like for the game to hit as many platforms that make sense.

Since this is somewhat a-typical for Unity 3D games. It’s a pleasure to see a there are no crazy render changes. Typically speaking more developer complain about porting due to render issues. But fingers crossed, with enough community support. There is a good change here that Linux gaming will get port.
So make sure to click your name in the Steam Client. Go to Store Preferences and make sure Linux is only selected in Wishlisting. The more community support here the better. Also be sure to check out the trailer below.

Run Die Run Again (RDRA) is a fast paced first person precision platformer. As such, every inch of the environment is out to kill you! A speed running, trial and error endurance contest. Likewise, you will need fast reactions and acrobatic dodging skills.

In RDRA, it is the year 2127 and massive mega corporations run all aspects of life. For upward obility and a chance at a better life. People also take on the role of a “Runner”. A player in the world’s most popular and most deadly game, “The Run”. Runners must steer through virtual obstacle courses. With a design to test their ability. And see if they’re worthy to become one of “The Selected”. For some; fame, fortune and a secure future are worth the risk. Therefore you are trapped in a never ending parkour gauntlet of death in Run Die Run Again.

So be sure to Wishlist Run Die Run Again on Steam. The first person precision platformer due to arrive on Windows PC. But with enough support, Linux gaming too. The game itself is due to release in 2021.