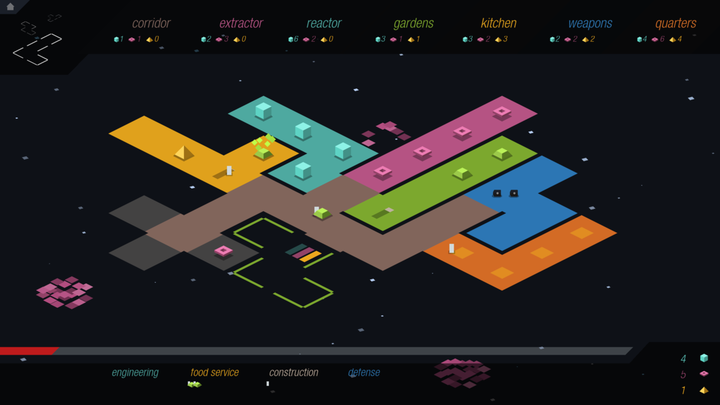 Grapefrukt Games’ low-key space strategy game called Rymdkapsel will hit Windows PC, Mac and Linux on Jan. 30 via #Steam and via the developer’s website for the DRM-free version.

At $7.19, the game will be discounted by 10 percent for the first week of launch and $7.99 there after. The Steam version features leaderboards, achievements and cloud saves, and those who purchase the game via the developer’s website will also receive a Steam code for the game.

Rymdkapsel for PC will launch with an extended soundtrack, new missions, two new maps and two new modes. Plus mode will includes four monoliths to unlock and Zen mode allows players to build without having to deal with enemies.

The strategy game was originally released in May on PlayStation Mobile, followed by iOS and Android releases in August. Rymdkapsel is being released on PC to celebrate more than 200,000 copies of the title being sold across mobile platforms.