Save 95% with The Underground Bundle for Six PC Titles 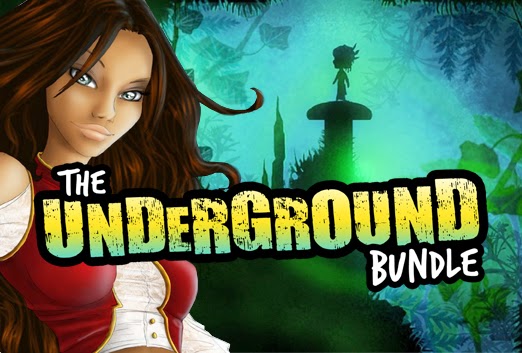 Bundle Stars has revealed The Underground Bundle which is available for the next 48 hours for only $1.99. The #games will be available on #Steam and include suck titles as Knytt Underground, Kairo, Gravity Badgers and Bionic Dues. Read on to learn more.

From the Press Release
An exciting and edgy new bundle launch from Bundle Stars shaves a crazy 95% off the cost of six amazing indie games. For the first 48 hours only, gamers can grab The Underground Bundle for just $1.99.

After redeeming their bundle keys on Steam (a free user account is required), Windows, Mac and Linux users can download the games and start enjoying instant access.

All the games in this bundle run on Windows. Four games; Knytt Underground, Kairo, Gravity Badgers and Bionic Dues also run on Mac and Linux, and include Steam Trading Cards.

The Underground Bundle from Bundle Stars gives the lion’s share of proceeds to indie developers, helping them to keep on producing vibrant and innovative games.

Gamers looking to sample six of the best indie games around can grab The Underground Bundle for a limited time only.