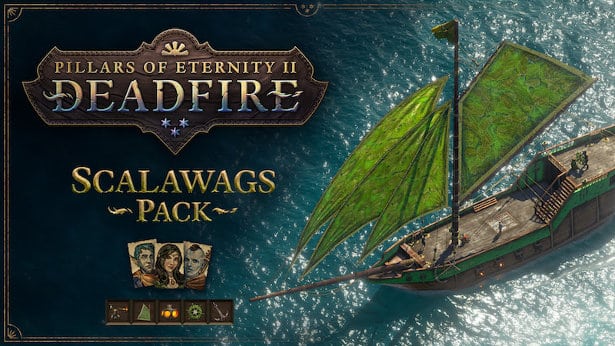 Scalawags Pack free DLC for Pillars of Eternity II: Deadfire on Linux, Mac and Windows. All thanks to Independent developer Obsidian Entertainment. Who are also in partnership with indie powerhouse publisher Versus Evil.

Announcing the launch of the latest free DLC pack for Pillars of Eternity II: Deadfire. The free DLC, titled “Scalawags Pack” is the latest addition to the free DLC packs. Also available for the game in an ongoing show of the team’s commitment to provide their fans with new playable content and game updates.

Round out your crew and personalize your flagship with the Scalawags Pack DLC. This free update adds three new recruitable crew members to the taverns of the Deadfire and adds a wide array of ship upgrades to many of the shipwrights throughout the Deadfire Archipelago. Additionally, it also includes the Savage personality setting for your character.

In addition to the latest Scalawags Pack, Pillars of Eternity II: Deadfire. Players are also reminded they can also pick up the “Beard and Hair” and “Rum Runner’s” free DLC packs. As well as the free “Critical Role Pack” DLC on Steam for Linux, Mac and Windows.

Free Beard and Hair DLC for Pillars of Eternity II