Serial Cleaner gets easier to clean this week 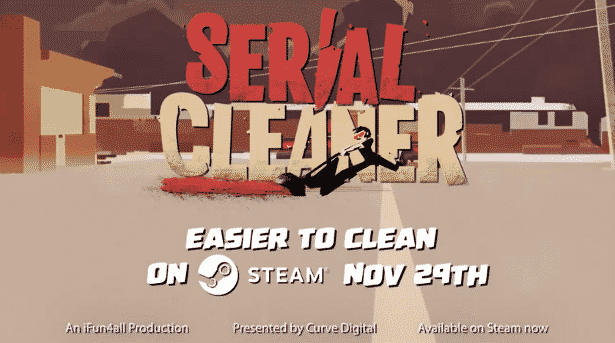 Serial Cleaner will receive a much-requested difficulty tweak, making it easier to clean on Linux, Mac and Windows. This new update is coming on November, 29th 2018. All thanks to iFun4All and Curve Digital have announced the good news on Steam and Humble Store.

The easier to clean update is coming to Steam free for Linux, Mac and Windows. So players will be able to check out the revamped Normal mode. Since this features a reduced detection rate. Also a slower run speed for police and a lesser noise pulse on movement. While whe harder content still lives in Hardcore Mode.

“Serial Cleaner has been much loved since its release.” said Simon Byron, Publishing Director of Curve Digital. “The update is due to community demands and we’re always looking at novel ways to bring new players in to the shoes of The Cleaner.”

“It was an incredible pleasure working over Serial Cleaner.” Said Jacek Głowacki, Company Development Manager at iFun4all. “The game has been wonderfully received around the world and we’re pleased to be cooperating with one the most renowned publishers to bring new version of Serial Cleaner to new players.”

Serial Cleaner is available on Steam, Humble Store and also GOG. Available for Linux, Mac and Windows. While the new update will release on November 29th via Steam and Humble Store. GOG to likely follow.

About iFun4All
iFun4All S.A. is an indie studio located in Krakow, Poland. The company specialises in creating multiplatform games and uses Real-World Data technology – real-world information that influence the gameplay. iFun4all creates games focusing on atmosphere, storytelling and experience that goes along with an intuitive gameplay. The studio has created projects for all major game platforms, including PC, PlayStation 4, Xbox One, Nintendo Switch, Android, iOS, streaming platform Mixer and other. In 2018, Serial Cleaner was awarded a Silver Award Winner – Games & App at the DC Web Fest.