Marty had a bad morning. Demons disrupted his late breakfast and ripped off his right arm, but the worst of it: they stole all his beer – the last batch of limited edition Walrus Ale ™. Mad as hell, he ripped off a demon’s arm and attached it to himself. So his morning plans have changed: he’s heading to hell to get back his beer – and deliver some payback..ASAP!

Pine Studio and #HeadupGames present SEUM: Speedrunners From Hell, the only competitive #heavymetal first-person platformer. You run, jump, fly and teleport through more than a hundred deadly arenas, each more devilish than the last. Play your best, and secure a top spot in the #onlineleaderboards and find the hidden beer cans hidden throughout in every level. Hell yeah – beer!

About SEUM: Speedrunners From Hell
SEUM: Speedrunners from Hell is the world’s only competitive heavy metal first-person platformer developed in Unity. Like an unholy child of Quake 3 and Super Meat Boy, SEUM is truly hardcore and focuses on speed and fast reactions. Race across and jump over platforms and bounce pads while shooting fireballs as you battle to reach an exit portal in the minimum amount of time. Reverse time and gravity. Compete with all players for top times in the online high score ladder. Only the toughest players will receive the Uber Skull medals!

If mind-blowing speed and adrenaline blasting its way through your body seems too boring for your speed running blitzkrieg, then search for the beer cans hidden in each level. Who knows which secrets can be discovered by finding all of these delicious refreshments?

SEUM: Speedrunners from Hell will be coming to Steam this summer for Linux, Mac and Windows PC 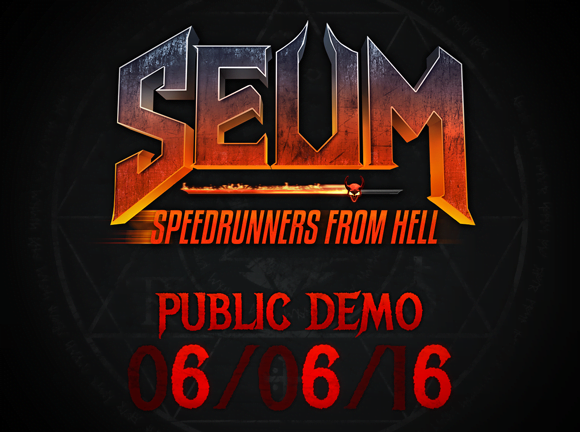 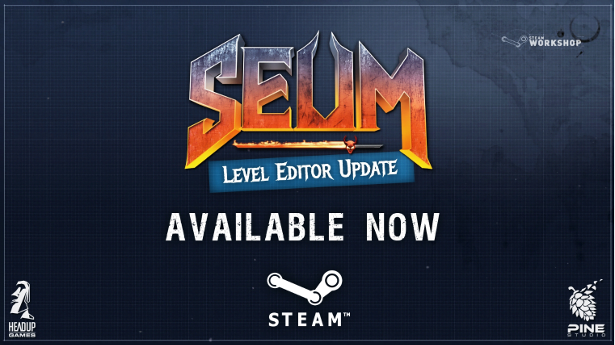