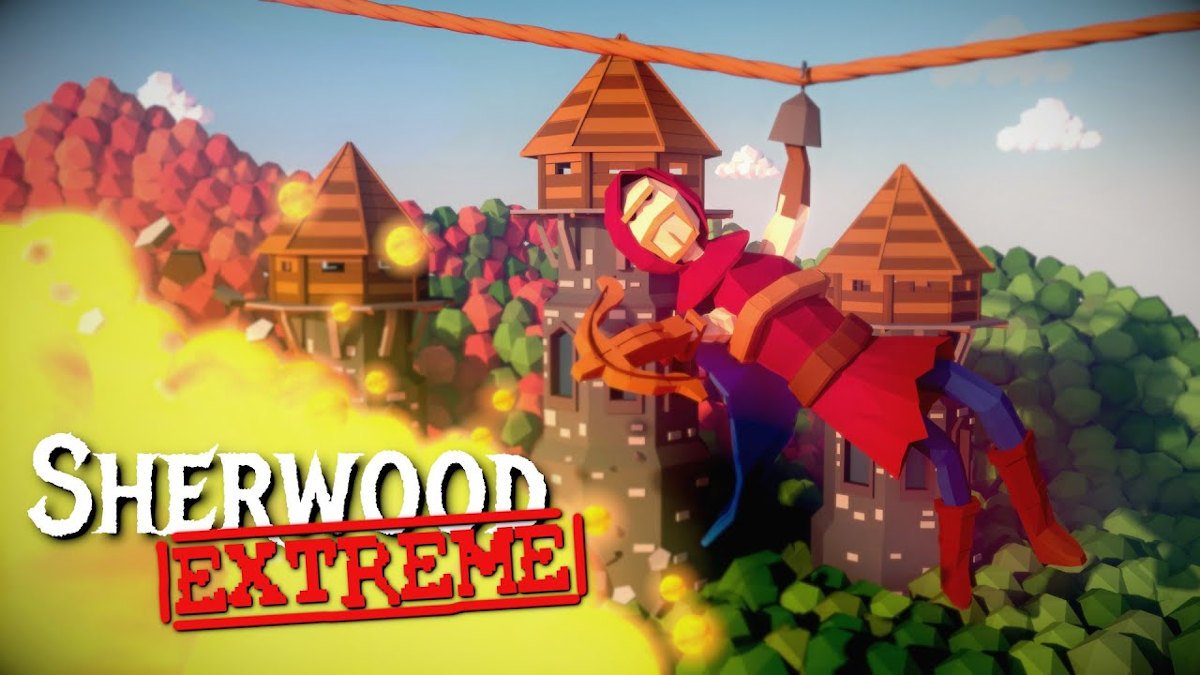 Sherwood Extreme free-to-play crossbow shooter and support for Linux with Mac and Windows PC. Thanks to further details from developer CAGE Studios. Who is gearing up for a Steam release next month.

Sherwood Extreme is a free-to-play crossbow shooter. This also includes bullet time and unreal co-op action. Due to make its way onto Steam Early Access for Mac and Windows PC on Wednesday, May 12, 2021. Also revealed, CAGE Studios will bring the full release version out in Q4 2021.

While this is good news and Sherwood Extreme offers a more unique gameplay. I reached out to CAGE Studios since Unreal Engine 4 is being used for development. While this is not a full out confirmation, there is hope.

…a Linux port is definitely possible, though we haven’t announced promised it yet. As someone who grew up using Linux before other operating systems, it would be pretty cool to launch there too.

Again, not a full-out confirmation, but hope for Sherwood Extreme on Linux, is there. Plus, you can also share your Tux Love or +1 on the active Steam Discussion.
But it’s rather impressive to come across another developer with Linux experience. Surprisingly, it’s becoming more common now, where dev’s have a history with the open source OS over atypical Windows PC. And for a game like Sherwood Extreme, Linux would shine as a more stable choice for a free-to-play title.

When a horde of goblins rears their ugly faces in Sherwood Forest, who better to save the day than Robin Hood. Hence the renowned master of archery, parkour, and sick mid air headshots. Slow motion dive to dodge incoming arrows and vault over spinning death wheels. Maybe take your time to snipe goblins in stylish form. Claim the Sherwood Extreme treasure at each level’s end while racking up a huge combo multiplier. All to shave seconds off the clock for the biggest possible score.

From the fiery heart of a volcano to the towers and parapets of Nottingham Castle, a whole kingdom awaits. Search for power-ups, collectible secrets, and goblin heads to explode. Bring the loot back to Robin’s hideout to obtain goofy period appropriate outfits. This will be fashion gear buffed with upgrades. Oh and also period accurate weapons like the rapid fire Minigun Crossbow.

Combine powers with other merry men and women in Sherwood Extreme co-op multiplayer. Grapple onto your partner’s shoulders from across the map. So you can speedrun together and buff each other with shield abilities. Split up to tackle mini-raids and stand together in wave based survival levels. Challenge daily Epic and Mythic quests. Then use clever twists like explosive enemy arrows and punishing traps. Along with a crazy number of power-ups.

Tens of thousands of level variations and thousands of unlockables. Also, fully kitted leaderboards mark Season One of Sherwood Extreme. Each season will herald a new leveling system with hundreds of items available for free. Along with dozens more for Kingdom Pass owners. Plus exclusive rewards for the finest archers in the land. Come one, come all, ye speedrunners from corners of the realm. All the way to redefine medieval fashion and pull off sweet backflips.

Sherwood Extreme will release for free via Steam Early Access for Mac and Windows PC on May 12, 2021. The debut Kingdom Pass for Season One unlocks hundreds of items. Along with exclusive quests for 500 Cage Coins (equalling around $5 USD). The free-to-play crossbow shooter full release will be available in Q4 2021. And with any luck, Linux support will be in the mix as well.

Join the Sherwood Extreme Discord server for community events and private playtests. So you can sharpen your goblin sniping skills with other medieval assassins. Find CAGE Studios on their official website, Instagram, Twitter, and Facebook.