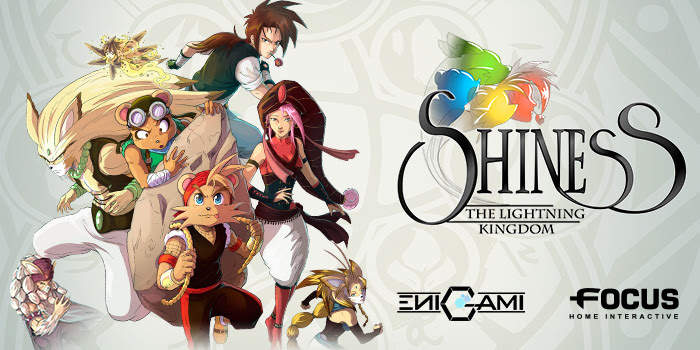 Shiness is a new RPG #developed by French indie development studio Enigami. Travel through an enchanting yet hostile world in a new Teaser Trailer, where the lands of Mahera have become fragmented, and our heroes travel from the flying city of Mantara, to the Adorn plain and the Gromiz caverns…

Shiness is an RPG developed by French independant studio Enigami, that will take you on a journey through an enthralling universe, on the verge of collapsing following the fragmentation of planet Mahera…

Play as Chado and his companions, traveling through the celestial islands on their flying ship. After a crash-landing on one of the most hostile of the celestial islands, you find yourself in the middle of a conflict involving multiple kingdoms. However, this explosive situation might find a peaceful outcome, with Chado’s newfound unique ability to perceive and communicate with the Shiness, a mysterious spirit embued with magic.

Shiness immerses you in a vast world that you can interact with, thanks to the skills of your 5 playable characters: choose to destroy a giant rock blocking your way with pure strength, or use kinetic powers to activate mechanisms that will open a secret door.

Face dozens of lethal enemies during your journey that you’ll need to defeat in hyperdynamic combat, mixing magic with combos, as well as parries and blocks like a traditional arena fighter. Gain experience through combat, completing quests and progression through the story. Evolve your characters, learn new skills and spells, and become the hero who will unify the civilizations of Mahera.