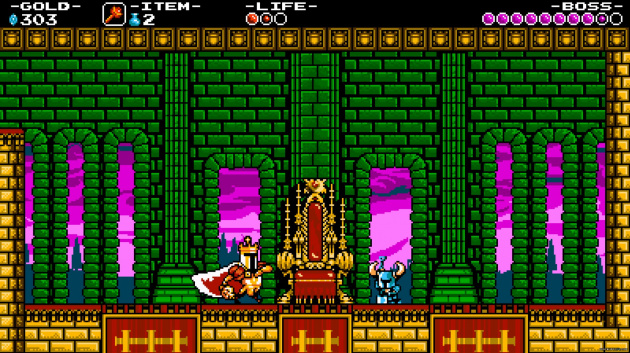 Yacht Club Games‘ critically acclaimed love letter to the 8-bit era, Shovel Knight, is exceeding sales expectations across all #platforms, an impressive feat considering the game was released for Windows PC, 3DS, and Wii U a little over a month ago.  With a #Linux and Mac build on the way.

Sean Velasco: I’d say it’s doing very well. We are very pleased with where it’s at, even this early in the sales time.

Elsewhere in the interview Velasco and Wozniak discuss such topics as working within the limitations of an 8-bit look- and sound-alike game, what it’s like to (successfully, we might add) run a Kickstarter campaign, and the potential for a Shovel Knight 2.

Shovel Knight confirmed for release in early 2014 for Linux, PC, and Mac