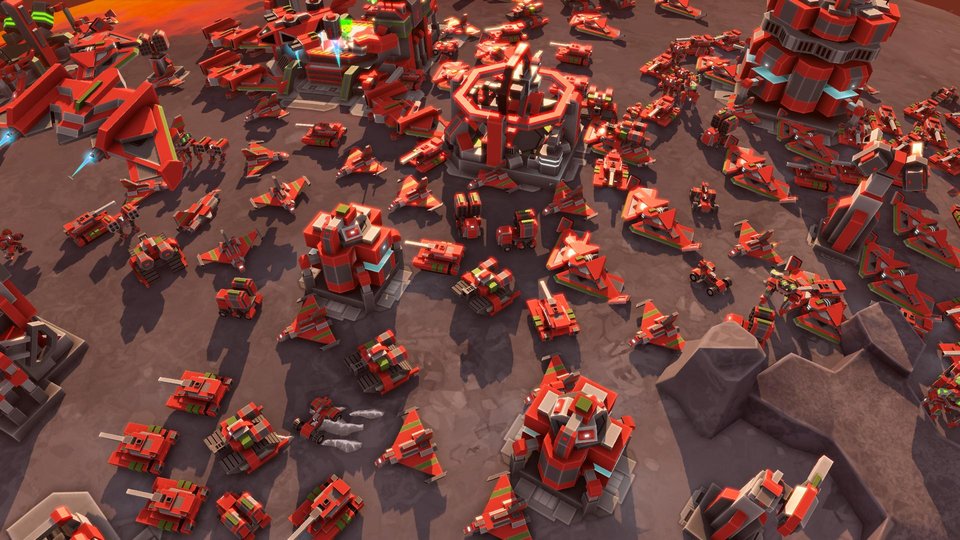 In Galactic War, you’ll be placed in control of a reawakened Commander with access to a limited tech tree. As you explore and battle across the galaxy’s procedurally generated systems, you’ll collect random technology and find perks that boost your manufacturing and fighting capabilities.

Galactic War lets players battle offering random drops, maps and abilities that the developer says will make each play-through unique. Players can also “define the scale and intensity” of their single-player experience, which includes multiple challenges and tech trees.

The spiritual successor to Total Annihilation was funded through Kickstarter in September 2012 and, in lieu of having a firm release date, will be released “when it is complete,” the developer said. Planetary Annihilation is available on Linux, Mac and Windows PC through Steam Early Access for $29.99 until May 25, when it will return to its regular $49.99 price. Press play below to watch a trailer that showcases the game’s planetary warfare.

Everything you need to know about Planetary Annihilation, before it completes funding