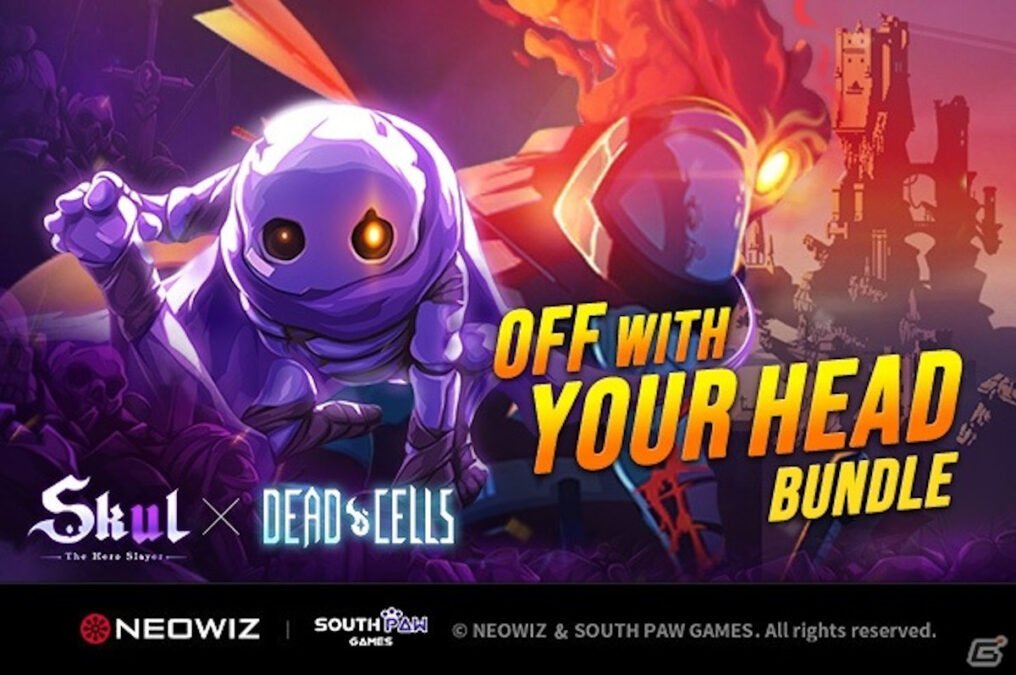 Skul: The Hero Slayer update adds The King with support for Linux, Mac, and Windows PC. Thanks to developer SouthPAW Games in collaboration with Motion Twin. Available now in an amazing discounted bundle on Steam.

Skul: The Hero Slayer, the riveting rogue-lite 2D platformer. One that is also published by NEOWIZ and developed by SouthPAW Games. Now also releasing its latest update. This is a new collaboration with Motion Twin’s Dead Cells that sees the addition of The King. While including 8 other new skulls to the pint sized hero slayer’s collection. In celebration of this latest free content upgrade, Skul and Dead Cells will join forces. Now offering the “Off With Your Head Bundle” on Steam for a combined 10% discount for both games. Skul: The Hero Slayer seeing a 25% off sale during Midweek Madness and for the next two weeks.

This Skul: The Hero Slayer update marks the largest post launch content drop. Ever since the games original release back in January. So now there are 9 new skulls, adding even more to the game. Due to bring the total number of playable characters up to 100. The headliner is “The King”. The upgraded version of The Prisoner from Dead Cells marks the second half of our Dead Cells‘ crossover content.

3 Quintessence have been added (think special spells that Skul: The Hero Slayer can obtain). Now part of the already existing Quintessence. Now totally overhauled with new and stunning visual effects. Two new types of special event maps are now part of the game. Such as 5 New NPCs now part of the throng of characters players can meet throughout the Skul campaign. Along with continuing support for Linux, Mac, and Windows PC.

About Skul: The Hero Slayer

Skul: The Hero Slayer is an action platformer that boasts roguelike features. Such as ever changing and challenging maps. It will keep you on your toes, as you will never know what to expect. Skul is no ordinary skeleton. In addition to his excellent fighting skills, he can gain new and exciting abilities. These all depend on which skull he’s wearing. Use up to 2 skulls at a time, each of which has its own unique attack range, speed, and power. You can also choose combos that match your playing style and switch them in the heat of battle to bring your enemies to their knees. As Skul: The Hero Slayer, the power is in your hands.

The human race attacking the Demon King’s castle is nothing new and has happened countless times before. What makes this time different though, is that the Adventurers decided to join forces. Along with the Imperial Army and the ‘Hero of Caerleon’ to lead a full onslaught. All in hopes of wiping out the Demons once and for all. They attacked the Demon stronghold with overwhelming numbers and succeeded in its total destruction. All of the demons in the castle were taken prisoner except for one lone skeleton, Skul: The Hero Slayer.

Skul: The Hero Slayer and Dead Cells part of the Off With Your Head Bundle on Steam. Both offering support for Linux, Mac, and Windows PC. Along with some worthy discount.