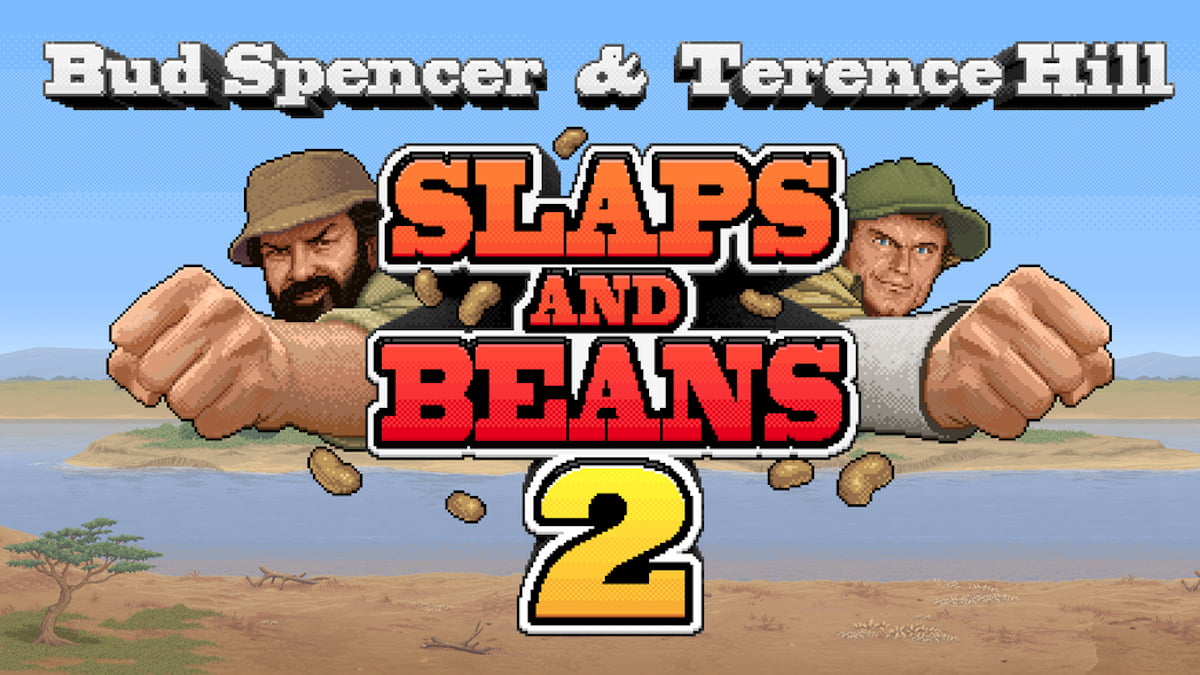 Slaps And Beans 2 game passes 25% funding on Kickstarter for Linux, Mac, and Windows PC. All due to the development efforts of the Trinity Team. Not to mention everyone that continues to support the crowdfunding campaign.

The campaign launched on September 16, 2021 with the goal to fund the second episode. Which is the official video game of Bud Spencer and Terence Hill. Now receiving more than a quarter of the total funds in the first five days. Currently 28% funded towards the €220,000 ($257,840 USD) funding goal.

Slaps And Beans 2 is due to take you on a brand new adventure. The new episode includes more features and challenging enemies. Along with new locations and a more original soundtrack directly from the movies. On top of all that, the combat system has an upgrade. While still offering pixel art graphics with more detail. As well as new gameplay modes, with a solo/co-op story mode. Plus a new party game mode for up to 4 players.

Bud and Terence’s movies are a never ending source of inspiration for the second chapter. So what unlucky villain and his shady plans will be blown up this time? Find out by going through new scenarios in the guise of cops, adventurers, or gamblers. This also includes tons of fistfights in between.

Hand to hand combat and flying kicks will still be the main mechanic of this chapter. Slaps And Beans 2 returns as a side-scrolling co-op fighting game. Which still maintains the standard that fans like you loved in the first games. But now the developers are going even further, and improving it.

One of the new features of Slaps And Beans 2 is the enhanced co-op mode. Since this adds to the gameplay with new co-op and a competitive party game mode. There are also new mini-games included throughout the main storyline. Due to give a short break and freshen things up. These can be replayed anytime thanks to a dedicated party mode.

In Slaps And Beans 2 they are not the only weapons available. Along with their signature abilities of our two heroes, you can now use objects from the setting. This lets you beat the crap out of enemies. Since anything can be a weapon with a bit of imagination.

Also, if you want to quickly beat a tough enemy or recover after taking a hit. You can give our heroes strange new powers. Making the gameplay becomes even richer thanks to these unique power-ups.

There is still a long way to go to reach the Slaps And Beans 2 goal. But the Kickstarter crowdfunding campaign is doing well so far. Not to mention support for Linux, Mac, and Windows PC via Steam in December 2022.

Slaps And Beans 2 in finals hours and funded

Slaps and Beans beat em up launches on Steam