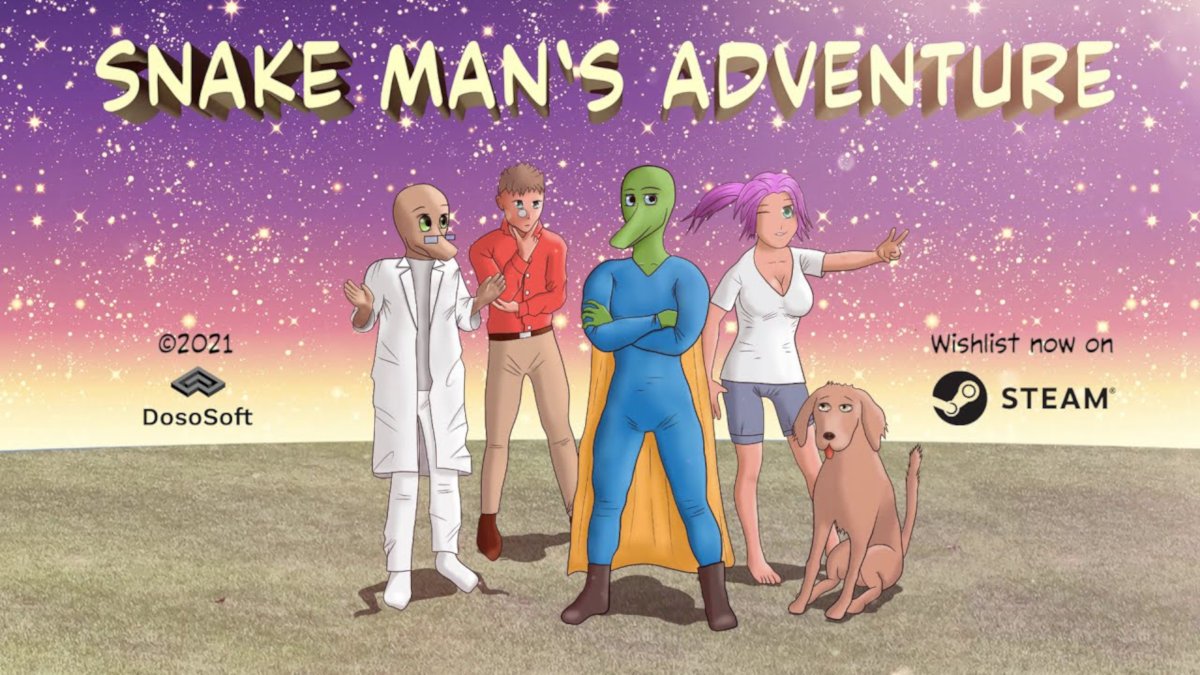 Snake Man’s Adventure platform adventure coming to Linux after Windows PC. Thanks to the efforts of developer DosoSoft. Due to make its way onto Steam soon.

Independent developer DosoSoft is excited to announce Snake Man’s Adventure. This is a colorful mix of offbeat comedy and oddball cast of characters. While including easy to pick up and play mechanics. All coming together in a humble 2D platformer inspired by 90s retro platformers. Due to make its way onto Windows PC on June 8th. But according to the Discussions post, a Linux port will be in the mix.

…on 8th June the Windows version will be released. A Linux version is definitely planned, and will probably be released a bit later.

So there you have it, the game will receive a Linux build after the release. No release date. But as with most Linux releases, it shouldn’t be too far off.

A would be hero if only people would take him seriously. Snake-Man is on a mission to prove his super skills by saving the planet Earth from an invasion of Grandiots. Setting off on a quest for greatness. Snake-Man teams up with the Professor, Sophia and her dog, “Doggo”, and Liam. All while working to save humans from intergalactic catastrophe. Travel through photo-based, layered nature environments on a colorful adventure, collecting items, power ups and achievements along the way. With an outlandish story filled with laughs, Snake Man’s Adventure pays tribute to classic platformers while not taking itself too seriously and keeping it fun and simple for a younger audience.

The Universe Is Bigger Than You Think in Snake Man’s Adventure.

Luckily Snake-Man is not alone – on his journey he will meet new friends from Earth. But also from all over the universe. This could be the beginning of quite an unusual team…

Wytchwood crafting adventure may be Proton only