Since the time is now to grab that TNT and saddle up yer couches. Because there ain’t no better time to play Sombrero: Spaghetti Western Mayhem. So #Sombrero developer PixelMetal is looking for Linux testers. Since the #games already available on Steam for #Windows at $3.99 USD.

“The Linux build for Sombrero entered testing and we’re looking for a few more testers. Linux support will also be coming with a few new characters, weapons and other tweaks at the same time, hopefully in just a few weeks, assuming we get enough Linux folks to test it.”

Since release, Sombrero: Spaghetti Western Mayhem has received numerous content updates and tweaks. All inspired multiplayer shootout for 2-4 players. So saddle up in four unique game modes, with a cast of rough-and-ready characters. Since each are ready to battle it out across a variety of locales. Which can be done in both local and online play. So whether you’re on the side of the law or a no-good cattle rustler. The game offers a unique multiplayer experience. Either local or online, with a fistful of power-ups in this fast-paced party game.

Sombrero: Spaghetti Western Mayhem inspired multiplayer shootout for 2-4 players. Saddle up in four unique game modes, with a cast of rough-and-ready characters ready to battle it out across a variety of treacherous locales in both local and online play. Whether you’re on the side of the law or a no-good cattle rustler, Sombrero offers a unique multiplayer experience.

Sombrero: Spaghetti Western Mayhem is available on Steam for $3.99 USD for Windows. So now you can jump in test the games Linux build. Just email PixelMetal HERE. Make sure to put “Linux testing” in the subject. 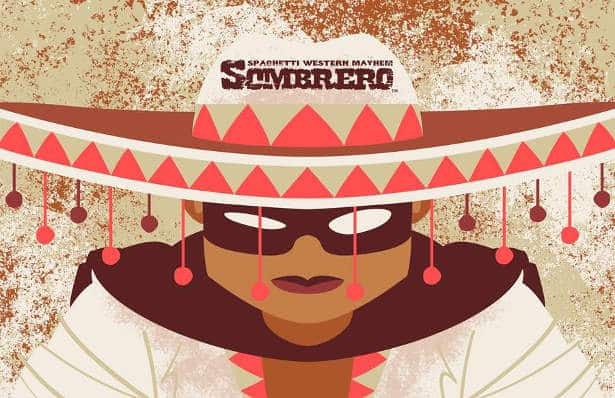 Sombrero developer working on the Linux build next

Sombrero get a Free Weekend on Steam starting now