Son of a Witch leaves Early Access in May 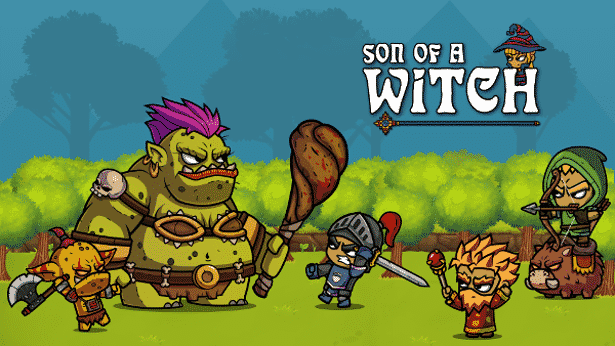 Son of a Witch, the adorable action roguelike for Linux, Mac and Windows is leaving Steam Early Access next month. Not bad, consider the reviews are consistently Positive on Steam.


Since the release, gameplay is winning over hearts with official selections at IndieCade Europe 2016. Also IndiePrize 2017 and Game Access ’17.

Developer Bigosaur is now exiting Steam’s Early Access. While issuing a full launch on Steam on May 16, 2018.
The team is working steadily on Son of a Witch for over three years. working with the game’s community to get it ready for a full launch.

Also, the new release trailer highlights the magical hack and slash. Including hijinks players will be able to enjoy in solo, co-op, and four-player sessions.

Son of a Witch recalls the compulsive replay-ability of your favorite roguelikes. While wrapping it all in a charming package. Making gameplay a lot more welcoming to a wide range of gamers.

So don’t let the cutesy graphics fool you, Son of a Witch offers deep mechanics. Which rewards constant experimentation and learning.
Son of a Witch boasts over 120 unique weapons and items to discover. Players only find a small section of these in each run. So this means that Son of a Witch is completely different every single time you play. Including 7 playable characters with wildly different skill sets and abilities. Plus over 20 bosses to beat and 30 pet animals to find.

Even though the game is exiting Early Access. Bigosaur promises that development and improvement will continue well past the launch date.

Milan Babuškov, creator of the game, said “The release is just a first step. We’re making the game feature complete. But I have much more content planned. More items, weapons, pets, mounts, NPC quests, heroes and bosses for future updates. We’re excited to see what people think of the game. And look forward to using that community feedback as motivation. While we continue improving the game over the months to come.”

Son of a Witch co op beat em up launches

Halloween mode now added to Son of a Witch

Demon Hunter expansion out for Son of a Witch