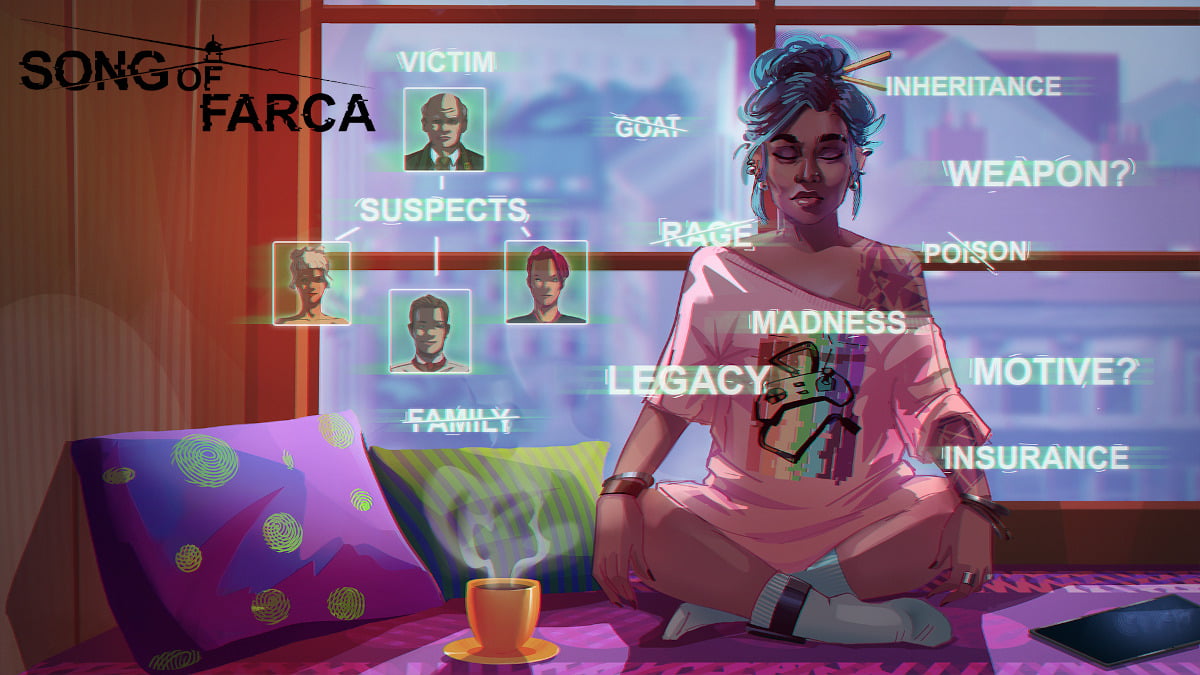 Song Of Farca dark detective story games full release date for Linux, Mac, and Windows PC. Thanks to the efforts of publisher Alawar Premium and developer Wooden Monkeys Studios. Due to make its way onto Steam next month.

While Wooden Monkeys Studios are gearing up to release, we have a brand new trailer. This reveals more story elements, more puzzles in addition to showcasing more characters. The Song of Farca full release date is July 21, 2021, landing on both Steam and the Epic Game Stores. So players can add the game to their wishlist to keep up to date with game news.

A dark detective story with a Black Mirror (Linux, Mac, Windows PC) style setting of digital dominance. While offering a story structure of a US crime procedure. Song of Farca puts you in the role of Isabella Song and hacks computers, cell phones, and cameras. So you can uncover the truth behind the crimes committed around the fractured, gang, and corporate controlled city of Farca.

In Song of Farca Prologue, players step into the shoes of cyber detective Isabella Song. While she investigates the theft of a pet robodog. Which is playable via Proton 6.3-5 if you haven’t played it yet.

Song of Farca will have you navigate the city’s disparate factions. All while you investigate the most complex, seemingly unrelated cases with the help of gadgets. Not to mention a small army of drones, plus your intellect. Though Izy is under house arrest after a bar fight, that won’t stop her from doing her job. Getting online is no problem for a hacker, after all.

You must uncover information through hacking, surveillance, and the internet. Create an information cloud from leads and logically connect them to draw conclusions and apply them in dialogues.
As the Song of Farca plot progresses, things get more complicated. The stakes get higher and the various plot strands come together to form a single story.

The choices you make in investigations have an important outcome on the plot. Do you convict the suspect that all the evidence is pointing to or dig deeper? What collateral damage will you leave behind you?
Don’t let your guard down — victims can turn out to be criminals. As a result, suspects might be just one link in a long criminal chain.

Song of Farca takes place in the near future. Taking place in the fictional city of Farca, somewhere on the coast of the Mediterranean. Technology isn’t just part of everyday life. Since some things are now impossible without it. IT corporations are gradually gaining more and more influence. Becoming a modern aristocracy that couldn’t care less about the law or mere mortals. Criminal organizations are still trying to resist the powerful corporations. Yet even they understand that the city is on the cusp of a cyberpunk future. They know that their golden age is over.

Song of Farca dark detective story games full release date is July 21, 2021. Due to make its way onto Steam. There is a listing on GOG, but only supports Mac and Windows PC. However, Linux support is in testing and aiming at a day one release on Steam, so fingers crossed.

Coming to Linux, Detective Case and Clown Bot in Murder in the Hotel Lisbon Game