Double Fine is set to pull the plug on Spacebase DF-9, to the disappointment of some who bought in via #Steam Early Access. 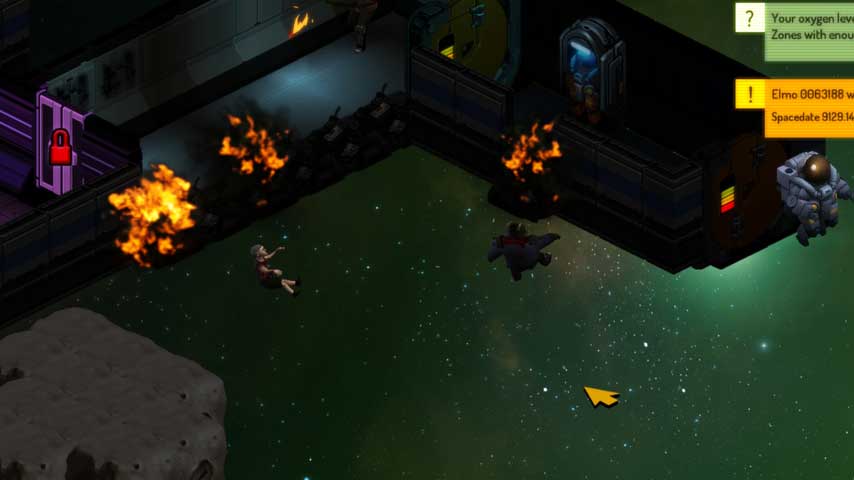 Spacebase DF-9 will #officially exit Early Access as version 1.0 in October. The full source code will be #released shortly thereafter, according to a Steam Community post.

Reception to the news has not been entirely positive. Double Fine has been accused of mismanagement of the project, and some users feel that the version 1.0 feature set is not as complete as they expected when they contributed to the game’s funding via Early Access.

Double Fine boss Tim Schafer opened a Steam Community discussion to respond to user questions, saying that Double Fine had an “open ended-production plan”, and was hoping to see the sort of successs some other alpha-funded games have enjoyed.

“We wanted to keep working on Spacebase for years. But Spacebase spends more money than it brings in, and that’s just not something we can afford to do any more.”

“Some of its early sales numbers indicated this might be the case, but slowly things changed, and it became clear that this was looking like a year and a half of production instead of five or so,” he said.

“With each Alpha release there was the hope that things would change, but they didn’t. We put every dime we made from Spacebase back into Spacebase, and then we put in some more. Obviously, spending more money than we were making isn’t something we can afford to do forever. So, as much as we tried to put off the decision, we finally had to change gears and put Spacebase into finishing mode and plan for version 1.0.

“We are not silently pulling the plug. We are announcing our finishing features and v1.0 plan. I know it’s not a lot of advance notice, but we’re still here telling you our plan instead of vanishing quietly in the night.”

Schafer said that Double Fine has learned a lot during this first foray into alpha-funded development and one of its key takeaways is that it needs to communicate more.

“There should have been more communication to the players about the state of the game, and we apologize for that,” he said.

“But for us, it was never clear whether development was going to end because we always hoped that the next update would turn it around and allow us to extend development. So I suppose, ultimately, the answer was we always had hope we weren’t going to end it, until the end.

“I understand that the recent announcement was a disappointment. It was for you, and it was for us. We wanted to keep working on Spacebase for years. But Spacebase spends more money than it brings in, and that’s just not something we can afford to do any more. Set up against the expectation of the game being in development as long as Prison Architect or Dwarf Fortress, it’s hard not to find fault in the game by comparison. But we continued to sell the game, and will continue to sell the game, because we feel that based solely on its own merits, Spacebase DF9 is still a fun, clever, hilarious, beautiful and complete game.”

An Amnesia Fortnight project, Spacebase DF-9 hit Early Access in October 2013. It was partially funded by investment from the Indie Fund, and paid back that amount in less than two weeks.