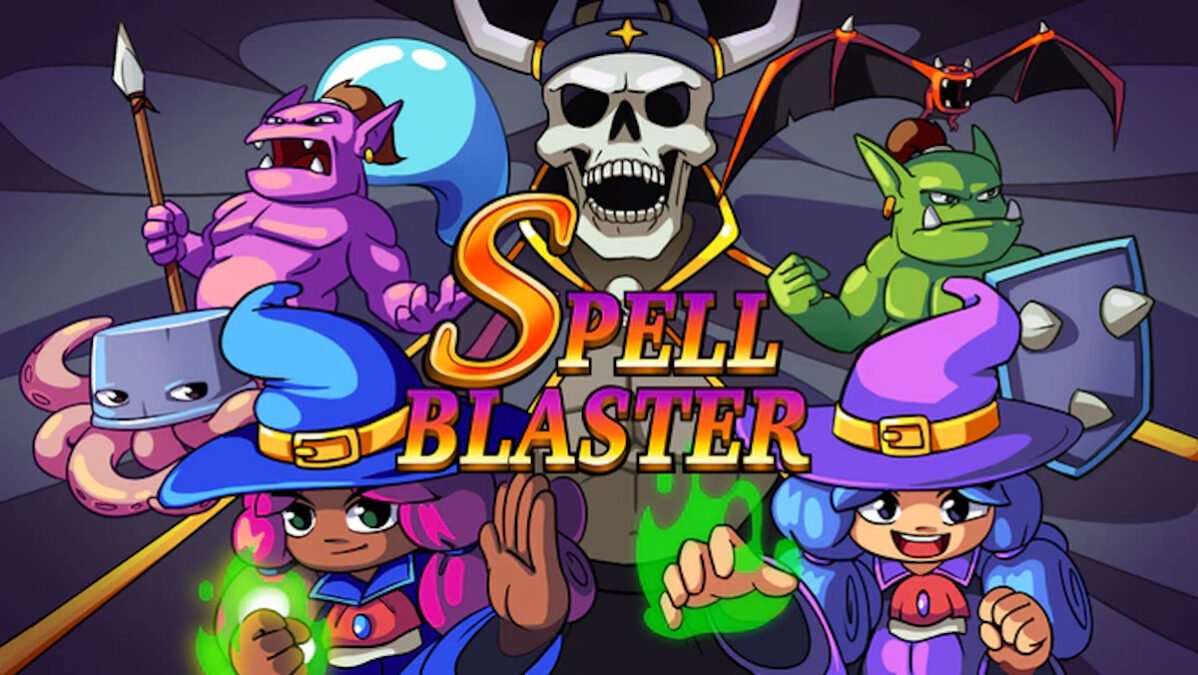 Spell Blaster top down retro action games out on Kickstarter for Linux, Mac, and Windows PC. Thanks to developer Jump Game Studio. The crowdfunding campaign is now more than 50% funded.

Spell Blaster is a 1-2 player co-operative dungeon crawler. The gameplay also tasks players with working through mazes. All while destroying monsters, avoiding dangerous traps, and solving puzzles. The game has already been described by fans as a mix between Zelda, Secret of Mana, and Goof Troop.

While Spell Blaster is a unique game, it foregoes the open world of traditional titles. But instead focuses on the dungeon crawl. Each stage is essentially its own dungeon. All selectable from a World Map that expands as you progress through the game. This makes the gameplay more pick up and play, and more arcade like. This also allows you to complete stages in bursts.

The player(s) begin their adventure on a World Map, selecting a Stage to play. Their task is simple: find and destroy the Dark Shard in order to win. However, this goal won’t be easy as there are plenty of monsters standing in their path. This also puzzles waiting to be solved

You can test out the Spell Blaster Windows PC demo via Itch.io.Which works nicely on Linux using Wine.
Just download the zip file, extract it, then run the installer “wine Spell\ Blaster\ Demo\ Setup.exe. Once the installer is complete it will ask if you want to launch the game. You should be good to go, along with controller integration.

The wicked sorcerer Agonus has appeared in the land of Meridia. Due to summon dark crystal shards and harvest the life force of the planet for his own nefarious schemes. It is up to brave heroine mage Marza, and her equally fearless sidekick Pan. All while you begin a journey to save the world from destruction!

Spell Blaster top down retro action is due to arrive on Linux, Mac, and Windows PC, November 2022. Which will be releasing on Steam and itch.io. Due to receiving the game on the digital platform of your choice. Check out the crowdfunding campaign on Kickstarter and