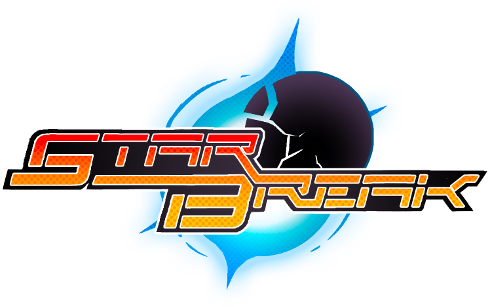 Crunchy Games, the developers of StarBreak — an innovative #sidescrolling MMO #action #game — today announced the launch on Steam for Linux, Mac and Windows PC on May 10th.  StarBreak has been in beta for over a year and will be bringing its unique cooperative combat platforming gameplay to Steam next month.

Inspired by Nintendo and PlayStation-era platformers, such as the Castlevania and Metroid series, but re-imagined with randomly generated content in a massively-multiplayer world.  This allows dozens of players to fight alongside each other against legions of enemies and epic-scale bosses while progressing their characters and gaining diverse weapons and abilities.

“We are excited for the opportunity to bring StarBreak to Steam.  We believe that the unique blend of massively-multiplayer, perma-death, procedural content generation, and cooperative-action-platforming provides a really original, visceral and fun gameplay experience” said Alexander Carobus, Crunchy Games’ president.

“StarBreak impresses with it’s luscious visuals, engaging combat and huge selection of loot,” said Calum Fraser, of Alpha Beta Gamer.  Calum Fraser went on to note that “StarBreak is a fun game, that offers a unique massively multiplayer experience in a genre that usually just offers local co-op at most.”

StarBreak free-to-play MMO will be coming to Steam on May 10th, for Linux, Mac and Windows PC. Make sure to add it to your Wishlist.

Crunchy Games Inc. was founded in 2013 by Alexander Carobus, the co-creator of Realm of the Mad God, with the purpose of making innovative, high-quality, and massively-multiplayer experiences.  Crunchy Games Inc. has grown to include five full-time members and three repeat collaborators all with diverse backgrounds and skills.

Goat Simulator to become an MMO for Linux, Mac and Windows PC?

Starblast MMO will have a day-one release