#ArcenGames develop some interesting games, #BionicDues to The Last Federation, a six-person studio creating titles across various genres. Now the team have their first true 4X title Stars Beyond Reach, taking place on a hostile world where you play the newcomer, having to find your way among 13 other established races. Unfortunately you are unable to communication with them, except through guesswork, so get your linguists on that.

Now, after months of teasing blog posts and teasing handful of screenshots, Arcen now has a trailer showing off gameplay with a planned release date of June 5th.

Stars Beyond Reach has a unique approach to combat, abandoning the typical “units on tiles” model and using a new “buildings on tiles” approach. A number of inspirations from the citybuilding genre are carried into this title, making the management of your own empire something robust and interesting, even before making first contact with potential allies or enemies. 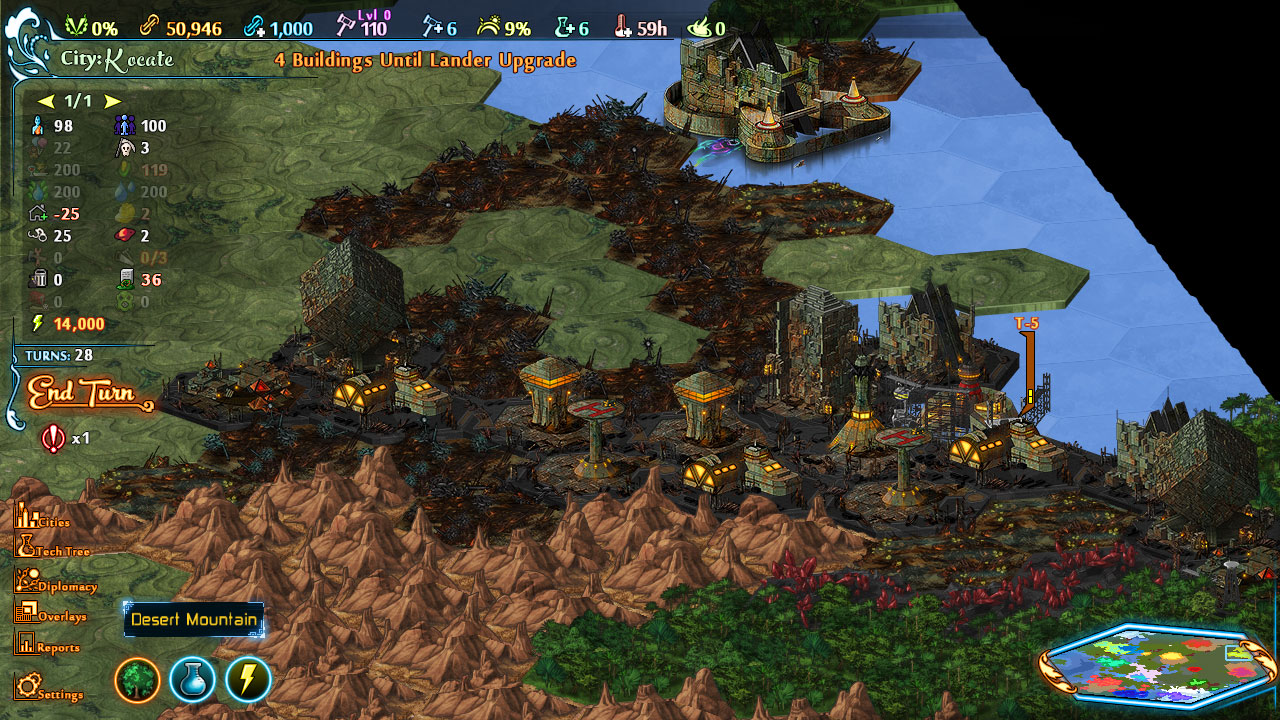 Stars Beyond Reach is also unique in how it approaches the question of victory. Many 4X games have multiple victory conditions, while Stars Beyond Reach has a hybrid set of victory conditions: “dominate” each alien race militarily, diplomatically, economically, intellectually, via entertainment, or via espionage. Once you dominate all surviving races via any of those 6 categories, you win.

All the races are said to work quite differently, which differs from how AI plays and with you the player. At the start you can barely communication, as the player is fed an incomprehensible collage of letters, you can still choose options to yell and hope for the best.

There are still four other victory paths that have nothing to do with the other races at all. Whether friend or foe, you work toward these special endgames, but it is the planet itself that is your chief enemy.

Check out more information about Stars Beyond Reach, Arcen’s Chris Park details gameplay in a blog post for each clip. Which also explains far more about how the title works.

Stars Beyond Reach will enter a private beta soon, planned for a June 5th release on Steam for Linux, Mac and Windows PC.