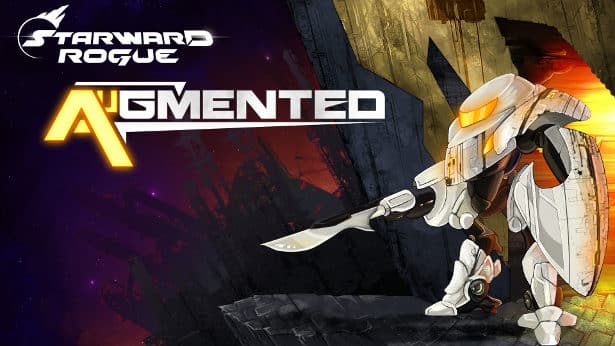 Starward Rogue: AuGMENTED expansion releases for Linux, Mac and Windows via Steam. Since the games new content brings with it new challenges, enemies, items, rooms and bosses. So if you do not own the base game, pick up Starward Rogue Gold Edition. Which is discounted 58% until January 31st via Steam.

Since Arcen Games is pleased to announce Starward Rogue: AuGMENTED. This new expansion release for the robot-blasting roguelite Starward Rogue. Makes the challenge even more compelling.

The games really a roguelite labyrinth lodged in the side of a star. Dodge gorgeous waves of bullets, claim weapons and upgrades. Then defeat The Warden and rescue some fellow named Rodney.

AuGMENTED is Starward Rogue, but bigger, better. And now coated with gold. Newly added Gold Floors mysteriously appear throughout your run. Inhabited by rare enemies and unique treasures. Well for anyone who can overcome the games challenges.

Starward Rogue: AuGMENTED launches now on Steam for $6.99 USD with a 10% discount. Also scheduled to debut on the Humble Store, soon. Or you can simply but directly from $6.99 USD.

Personally, the Gold Edition is the better deal if you do not own the base game. Which is discounted 58% until January 31st.