Steam Box a PS4 or Xbox One killer from Valve?

With the announcement of SteamOS, Steam Machines, and the Steam Controller, Valve has effectively worked the internet into a frenzy. The number of voices singing Valve’s praises has been enormous, and with good reason. Valve is moving in a really interesting direction, and nobody can claim that it’s playing it safe. Even so, the amount of cheerleading being done about the superiority of the so-called Steam Box has gotten out of control. While a nice PC made of off-the-shelf parts can usually outperform consoles, the high barrier to entry and fast-paced upgrade cycle will make the average gamer scoff.

Using Amazon, Crucial, and Newegg, I priced out the off-the-shelf components that roughly equate to what will be inside of Valve’s prototype Steam Machines. Valve remains vague on some of the details, so I did have to do a little bit of guesswork. That being said, I tried to find fair and representative prices for the components, but your milage may vary when shopping for PC parts. Let’s assume that Valve and its hardware partners work out a noteworthy deal, and sell these machines at a discount. If you take a 20% cut, the bottom-end machine would still be roughly $700 before you factor in the cost of the case, controller, and packaging. Even if the machine was being sold at 50% less than what the parts retail for online, that low-end machine’s innards would still cost more than an entire PS4 package.

PC gaming rigs, and therefore Steam Machines, are inherently at a disadvantage in a few vital ways. Most importantly, there’s no single hardware spec, so it’s impossible for developers to spend the time needed to optimize for each combination of hardware. The bottleneck areas aren’t consistent among all PCs, and that can lead to serious frame rate issues on some machines. With consoles, developers always know what hardware they can expect, and that makes for better optimization across the board. Even though the PS3 is seven years old now, The Last of Us pulled off jaw-dropping visuals because the team at Naughty Dog was able to squeeze every last drop of processing power out of the PS3. Good luck trying to get that kind of performance on a gaming PC purchased in 2006.

While many diehard PC gamers incessantly brag about the power of upgradability, that also comes with the inevitable creep of system requirements. If you buy a low-end gaming PC that can play today’s games at a decent frame rate, will it be able to pull that off for games made in 2015? It’s certainly not guaranteed. It’s true that PC games almost always look better than console games, but that comes at the cost of a larger initial price tag and a comparatively fast upgrade cycle. For example, a launch-day PS3 can still play every game ever released on that platform, but a PC gamer would have likely gone through countless upgrades and at least one or two major rebuilds over the course of seven years.

Valve is definitely making bold and interesting choices with its new platform, but the Steam Machine will still have much of the baggage that comes along with any traditional PC. It’s clearly a fascinating option for core gamers, but based on the details we know, it’s not going to be a console-killer. The simplicity, affordability, and lengthy upgrade cycle of traditional consoles still has a lot to offer in a post-Steam world. A Valve-endorsed Linux gaming PC is worth noticing, but the PS4 and Xbox One teams don’t have anything to worry about just yet. 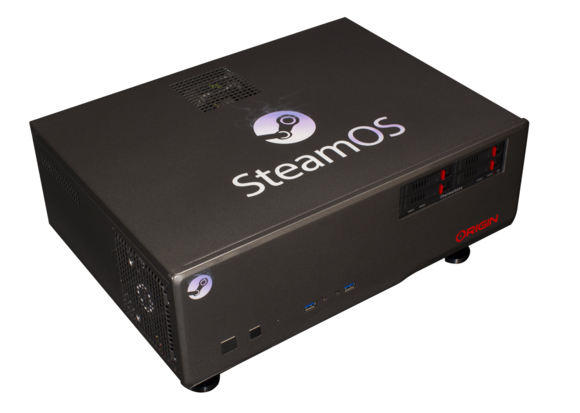