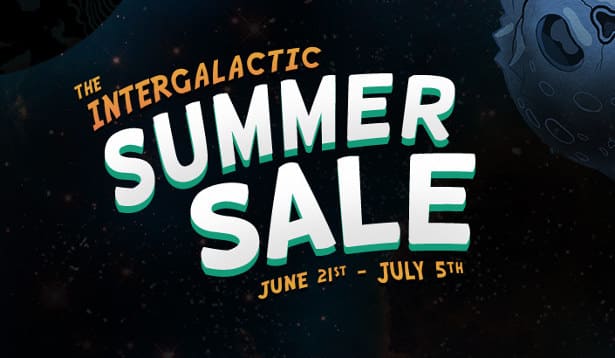 Since there are a range of deals in the Steam Summer Sale for Linux. It’s somewhat interesting too see which games have what discount.

So let’s get into it. I have been paroozing the catalogue this weekend and looking for those deals.
And yes, there are some great games out there but the deals on some are amazing and yet on others, not very good. Let’s face it, when we wait for the Steam Summer Sale, the expectation is for big savings.

Okay, here is what we expect to be a good deal. First, check out the discount on Mad Max, with a 75% off deal. Follow this up with Dying Light Enhanced Edition that is 67% off. Or the Darkest Dungeon: Ancestral Edition and a 58% discount including The Color of Madness. And of course as no surprise, Tomb Raider: 20 Year Celebration at 70% off and Tomb Raider GOTY Edition practically free with an 85% discount.
Then check out Sid Meier’s Civilization V: Complete and the 92% discount, seriously this is awesome. These games include all of the available content and DLC.

An honourable mention is The Long Dark coming in with a 75% discount. And definitely worth playing.

Okay, so here are some more great games with some smaller discounts. Also games that we would expect to have fantastic discounts but not really.
Starting with Opus Magnum which comes with a 25% discount, releasing in December. Then there is Hollow Knight that is only 34% off. Which could be a factor with a 95% Overwhelmingly Positive Reviews.

Next up we have Descenders which is only 15% off. Following that up with Golf With Your Friends discounted 35%. Which is not expensive, but the 82% Positive reviews might have something to do with that.

Another game in the mix of surprisingly low discounts, Stardew Valley at 20% off. Likely due to the recent multiplayer being added. Following that up with Slay the Spire with a 37% discount, hitting Early Access in November. Which is not bad but given the 95% Overwhelmingly Positive Reviews. It’s okay?

Then there is Rocket League with only a 50% off deal. So this is still one of the most popular games since launch in 2015. And still going strong with the best deal to date.

Rounding things off a bit here. Let’s see about some great multiplayer deals for Linux. Starting with Rust discounted 75% and still worth checking out.
Then there is the practically free Insurgency with an 80% off deal. Ballistic Overkill is 50% off, the Call of Duty that is worth it, with new Skins.
Finishing it off with Day of Infamy with a 75% discount.