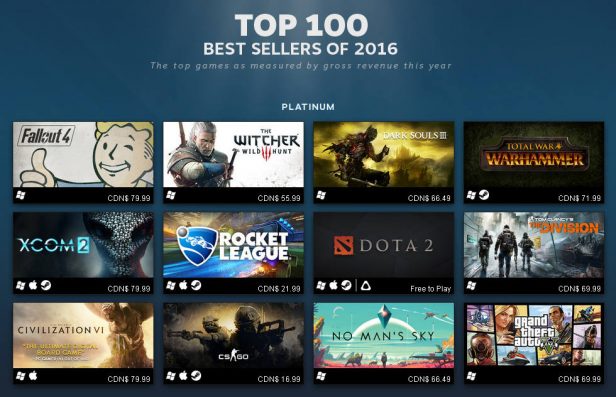 So Valve has #released the top 100 best sellers on Steam for 2016. While nearly all of them were on sale with solid #discounts across Linux, Mac and Windows PC.

While Valve did not disclose the total #revenue figures for the games. Yet they did separate the bestsellers into four tiers with a significant number of Linux titles. So the top 12 are on display in a random order. These are Civilization 6 (Linux support is coming), Counter-Strike: Global Offensive, Dota 2 (free-to-play, but sold $20 million worth of content for The International 2016). Then we have Rocket League, Total War: Warhammer and XCOM 2.

So pretty much all of these titles were discounted at least 33 percent over the Steam Winter Sale 2016. Aside from games like Rust and Football Manager 2016. And the The Steam Controller is one of the best sellers and not even a game. Earning a place in the “bronze” tier for items ranked No. 41 to 100. 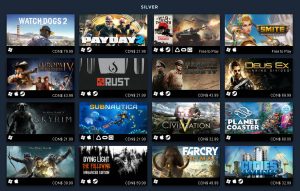 While Valve has ditched the ‘Flash deals’ during its Steam Sales. It’s probably worth pointing out that the deals available over the Steam Winter Sale influenced a few of some these results.

All 100 are curated here. This past weekend Valve also announced the dozen winners of the first-ever Steam Awards, a collection of curious categories and even more curious winners.