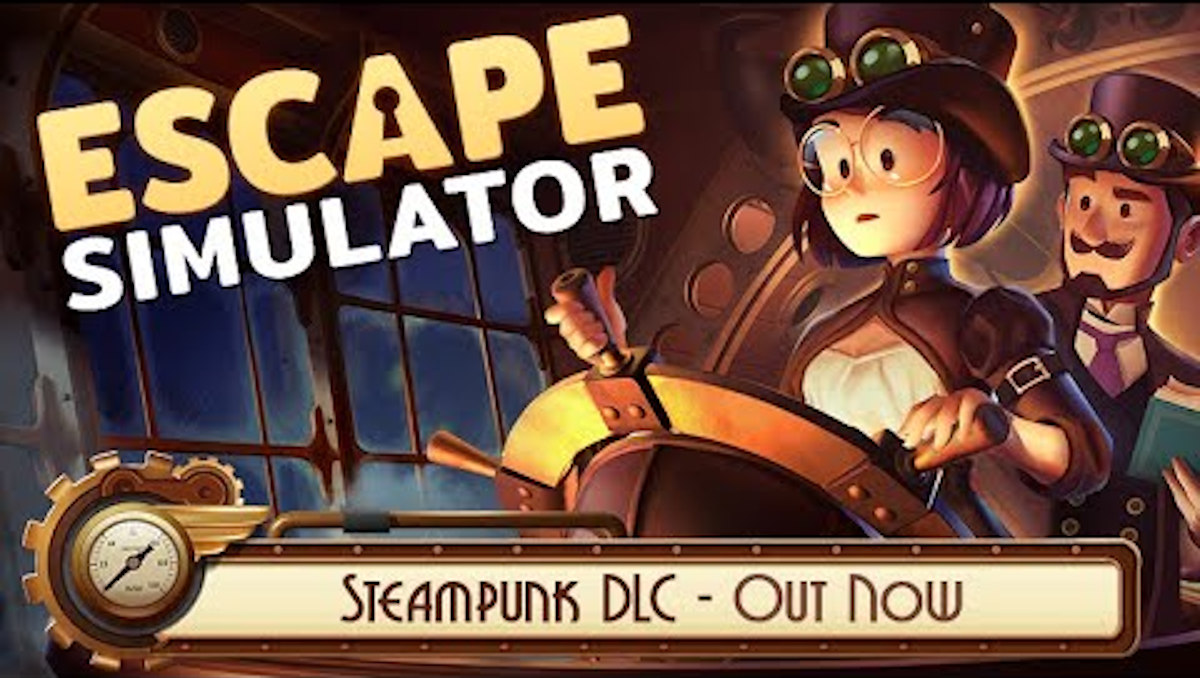 Steampunk DLC launches for the Escape Simulator game on Linux, Mac, and Windows PC. Thanks to the continuous success and creativity of Pine Studio. Which is available now on Steam.

A brand new Escape Simulator DLC releases for the gorgeous steampunk airship Valor. Where you will solve new puzzles that will challenge your skills, all while dressed in a fitting manner.

Escape Simulator is an interactive first-person escape room puzzler you can play by yourself or in co-op with others. Since its release in October last year, Escape Simulator has been played by over 1,000,000 puzzles and escape room fans. Doing so from all over the world. Across Linux, Mac, and Windows PC.

This new Steampunk DLC pack brings fans a huge expansion to the game. While offering a whole new steampunk world to explore. Including many new steampunk assets for the room building community.

In the Steampunk expansion, you will find yourself on the beautiful airship ‘Valor’. This airship is full of puzzles intertwined like cogs, forcing you to put on your thinking goggles in order to escape. You’ll also have to make your way through four brand new rooms. These feature all kinds of curious machines. In addition to the new rooms, it also features an exclusive steampunk outfit for your character to wear.

The estimated runtime for the DLC is around four hours. Which means the size of each room is quite a bit larger than any of the official rooms that are currently available. The rooms included in this DLC will only be playable online, but only with players who also own the DLC.

All the new steampunk assets will be publicly available for free. Doing so for everyone in the Room Editor community to build new thematic rooms. And that’s not all! The Room Editor sees a free 2.0 upgrade. With lighting tools, a model importer, LUA scripting, and post-processing effects. This will also elevate the look and quality of the community rooms. As well as break some boundaries for the creativity of our room builders.

The room building community has an important place, even within Steampunk. While having made over 2,500 rooms for everyone to escape from. Pine Studio stimulates their creativity by hosting several room building contests with prizes. This has also led to impressive rooms where some builders put in over 400+ hours into a single room build. A new contest will be announced later this month.

The Steampunk DLC is available for $4.49 USD / £3.59 / 4,49€, including a 10% launch discount on Steam. While the base game itself has a discount of 25% during the Steam Midweek Madness Sale. Which is the highest discount the game has gotten yet. Along with continuing support for Linux, Mac, and Windows PC.