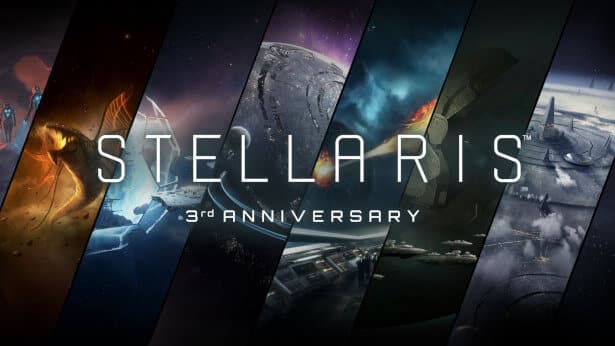 Stellaris the games Free Weekend begins on Steam for Linux, Mac and Windows PC. Thanks Paradox Interactive. The games publisher and developer can make time fly. Announcing that in celebration of the three year anniversary. So the games heavily discounted on Steam and Humble Store.

Stellaris is a massively popular sci-fi grand strategy game. Also free to try on Steam from May 9th to May 12th. With constant updates since its launch in 2016. Now today’s game is bigger, deeper and more fun.
Ordinarily retailing for a suggested price of $39.99 USD. So now we have a deep and inviting gameplay in Stellaris. Which is also available with a huge discount this weekend.

“It feels like just yesterday we were launching Stellaris. Unsure of how people would take to it. But now it has its own thriving community. And is celebrating its third anniversary!” said Daniel Moregård, Game Director for Stellaris. “It’s an occasion we’d like to celebrate with the amazing community. Who filled the galaxy with their stories. We hope players new and old can enjoy this Free Weekend to the fullest!”

Featuring deep strategic gameplay. Also a rich and hugely diverse selection of alien races. A definitive storytelling experience. Which also makes Stellaris a deeper challenge. Since gameplay rewards interstellar research. While you discover, interact and learn more about the universe. Since it is a rich and puzzling adventure. Which you will encounter during your travels.

An eternal cycle of war, politics and doubt. There also bonds that await you. Defend or attack with fully customizable war fleets. Where you have to adapt you way to victory. Choose from an array of range of tech, So you can design and customize your ships. With the details ship designer. You have a range of abilities to perform and select from. So you can meet the unknown quests that await.

So besides having a Free weekend for Stellaris. The game also discounted 75% on Steam and Humble Store.