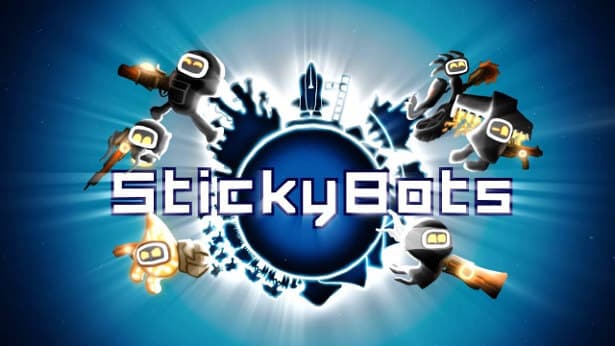 StickyBots the shooting platformer releases in Mac game, so Linux is next. Developer Potion Games is moving along quite well. Which is impressive for an Unreal Engine 4 game. But given 100% Positive reviews on Steam Early Access.


So, if you remember StickyBots from the earlier post. The gameplay combines shooting and platforming. Creating a unique, adrenaline pumping, action experience. Taking away restrictions in your play style. While you swap your character class mid-fight. Then climb up walls and on the ceiling. Gaining a special view on the battle.

All the while using energy bunny hopping or rocket jumping. Or simply falling with style across the map. StickyBots is complete with both single player and online multiplayer modes.

Now that we have Mac support. This also adds a new game mode, Domination. As well as a voting system. Both for map and mod choices. Plus Checkpoints are not added to singleplayer.

Previously, we released a post regarding Linux. Since support is planned:

“StickyBots is developed in UE4 (Unreal Engine 4). I definitely plan on a Linux port. But I am a solo developer. So progress is slow. I am currently working on the Mac build. After which the next platform will be Linux.”

“Linux would be next. The only thing is I took a full-time job starting this week. So StickyBots development is going down to only a few hours a week. I was planning on finishing it in the next few months. But now it will likely take over a year. As I’ll only be working on it in my spare time.
But yes, a Linux build will come sometime in that time.”

StickyBots is currently on Steam Early Access. The shooting platformer is available for Mac and Windows. Linux is coming soon. Which is also a great game priced at $8.99 USD.