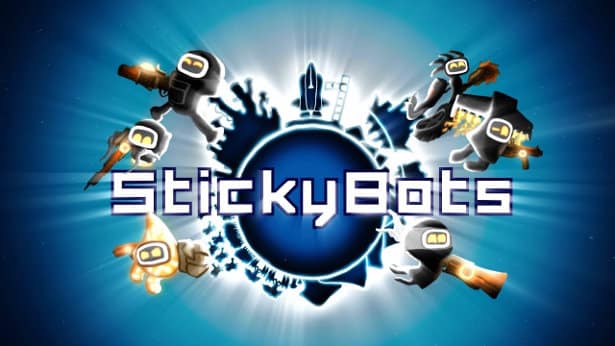 StickyBots is a shooting platformer on Steam with Windows support, but the games coming Linux and Mac. Toronto based developer Potion Games is creating this unique, adrenaline pumped, action experience. The games currently in Early Access with 100% Positive reviews too.

Since Potion Games just released the shooting platformer on Steam Early Access. What better time to also get some details about Linux. And good news it is indeed.

“StickyBots is developed in UE4 (Unreal Engine 4). I definitely plan on a Linux port, but I am a solo developer. So progress is slow. I am currently working on the Mac build. After which the next platform will be Linux. I already have the dedicated server running on Linux. Which is almost identical code to the client. So I don’t foresee it being a big hassle.”

This is some crazy good news. At first I was taken back by the reply. Normally we have to wait for Unreal Engine 4 games. Since development can be an issue, depending on the developers code. But Potion Games has it going on, so expect good thing. And StickyBots is also a progressive shooting platformer game.

StickyBots will have you changing your play style. While you swap your character class mid-fight. Climb up walls and on the ceiling for a special perspective on the battle. Also using momentum by bunny hopping and rocket jumping. Maybe even falling across the map with style. StickyBots is complete with both single player and online multiplayer modes. With full controller support.

In StickyBots, you shoot your rivals to achieve victory for your team. Since you can play in online multiplayer with up to 8 players.

StickyBots takes inspiration from classic action games. Such as titles like Soldat, Abuse, Altitude, Teeworlds and Quake. Personally the gameplay seems to be more like Super Meat Boy.

Also, the original soundtrack is composed by Brian Woods. The guitarist for the band You May Die in the Desert.

StickyBots shooting platformer release in Early Access games back in November, 2018. The full version of the game will contain extended levels, more worlds, puzzles and enemies. Also more challenges, which is releasing sometime this spring.

Since the games only priced at $8.99 USD for Windows, but Linux support is incoming soon.