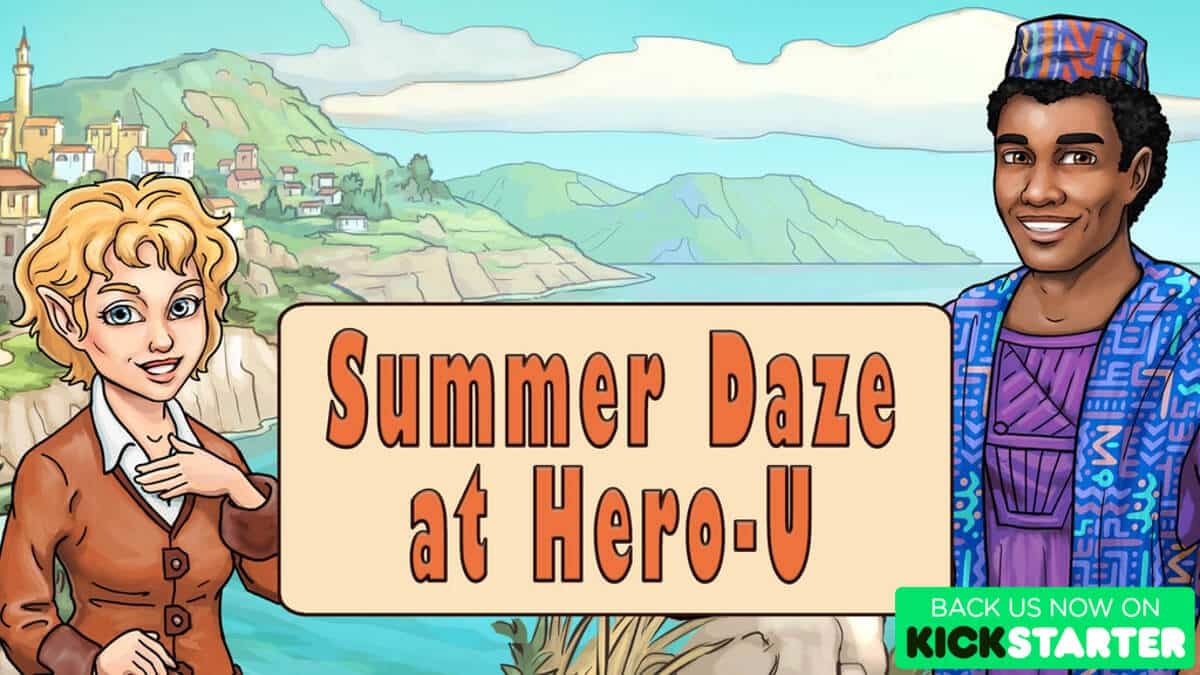 Summer Daze at Hero-U adventure story on Kickstarter for Linux, Mac and Windows PC. Thanks to veteran game designer Lori Cole.
The Kickstarter crowdfunding campaign is sitting at $64,445 USD. With a pledge goal of $99,999 USD.

Summer Daze At Hero-U is a departure for Lori. Since it’s her first purely story driven game. Her debut game with husband Corey, 1989’s Quest For Glory: So You Want To Be A Hero. While mixing parser adventure games with combat and role-playing elements. The Coles have come full circle now. Due to creating a story driven companion for the 2018 game. Which you will from the tactics and combat driven Hero-U: Rogue to Redemption.

Hero-U is a school like Harry’s Potter’s Hogwarts. Similarly, that are bards, rogues and paladins alongside wizards. Players take on the role of rogue Tilly Appleberry. Whose humor and wits are also her greatest weapons. Or the studious wizard Ifeyo Kinah and his meerbat familiar Jafafa. The adventure leads up to Hero-U’s end-of-Summer harvest festival… which has to be a success or Tilly or Ifeyo could be in serious trouble!

With a diverse cast plus story driven gameplay. Summer Daze At Hero-U is part visual novel, part adventure game. But also coming for players of all skill and experience levels. So you can enjoy the friendly point-and-click interactions and lighthearted humor. More experienced players will dig into the nuanced puzzles. While delving into the masterful game. Designed by one of gaming’s longest tenured designers.

“I want my games to touch the heart. And awaken the imagination of every player. Summer Daze at Hero-U is about relationships and quiet heroism.” – Lori Cole

Be sure to play the Linux demo on Steam.

Branching story adventure games are a popular game genre in Japan. But in North America, they’re often called “girl games” or “not really games”. With Summer Daze at Hero-U, The Coles see this as an asset. “This style of game distills the user experience to its very core. So that everything the player does advances the story. No more wondering endless hallways or fighting countless foes. It’s just pure fun.”

Players can befriend magical creatures. While solving puzzles, exploring the secrets of the castle. Since it is designed to be a replayable game. As you play both characters for a completely different experience. Lori Cole’s expert grasp of mutual story design will be on full display. A new generation of players can discover her genius. Lori is one of the most popular female game designers.

Summer Daze at Hero-U Kickstarter crowdfunding campaign has 12 days left. But make sure to try the Linux, Mac and Windows PC DEMO. 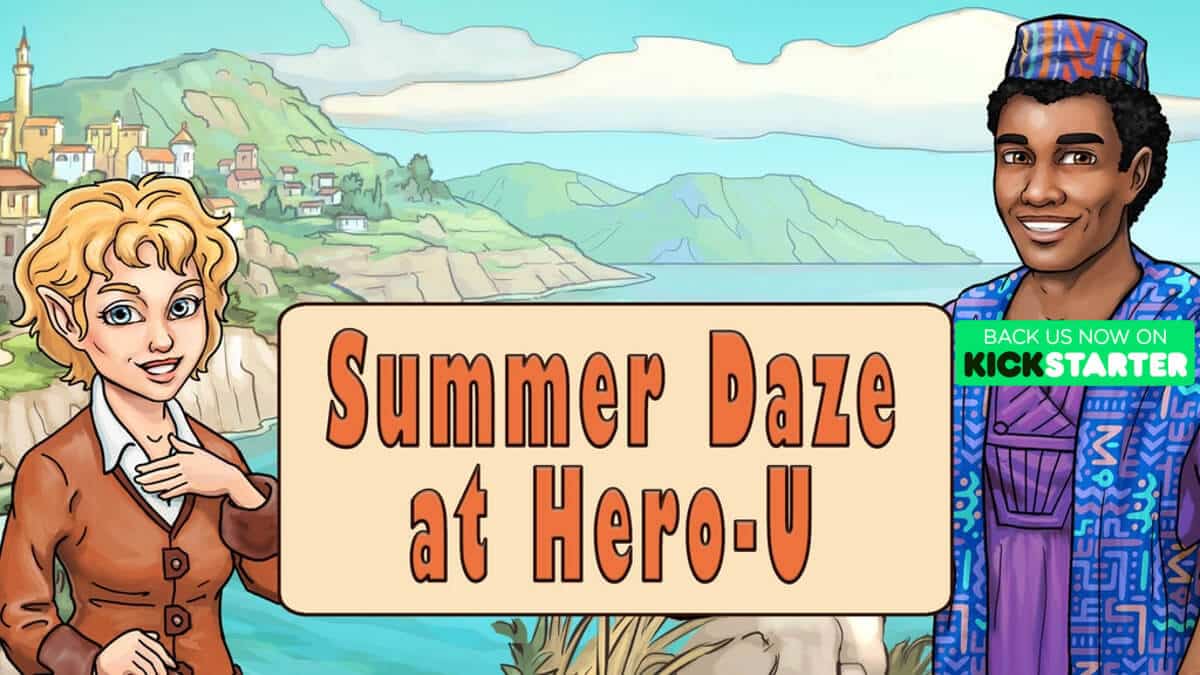 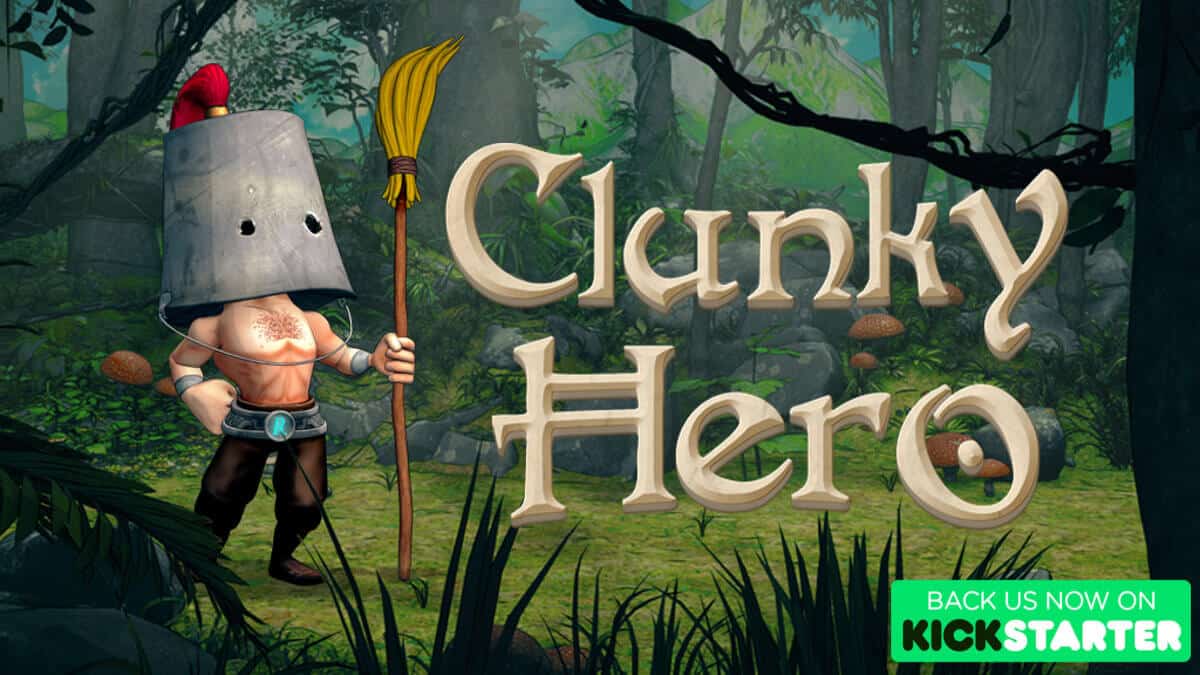 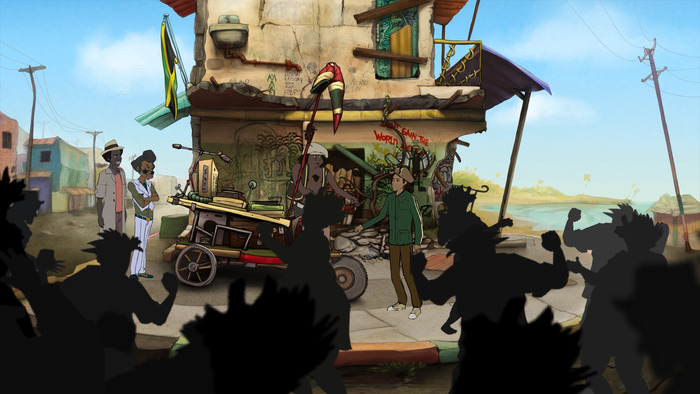