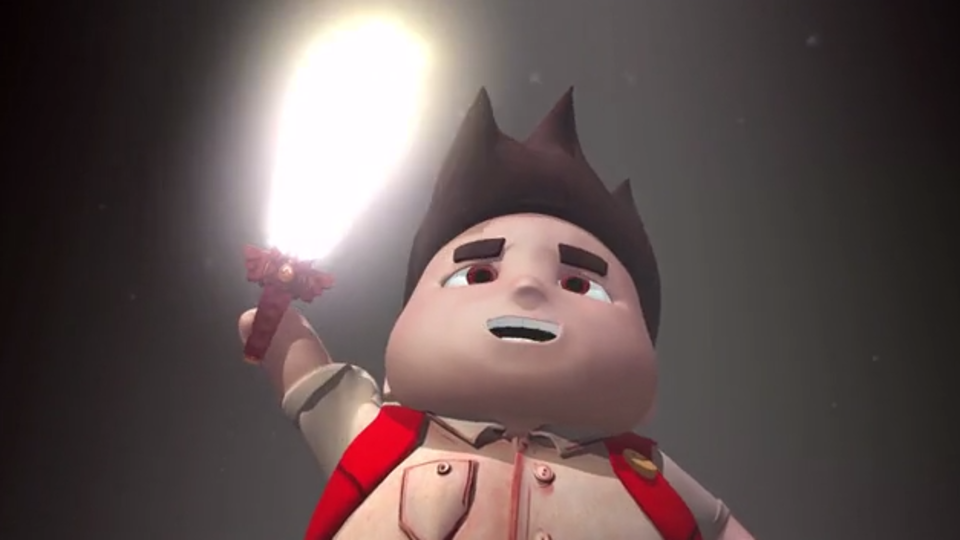 A game project seeking backers on Kickstarter bills itself as the “first ever story-driven anti-bullying inspired video game.”

SumoBoy is the game, by the 13-person #development team #TAPRR. Its $100,000 fundraiser opened this week and has 31 days to go. The game is planned for Linux, Mac OS, PC and mobile platforms. It tells the story of Oji, a chubby orphan subjected to nonstop bullying in the orphanage where he lives. Then he discovers his long-lost mother is actually a spirit princess who desperately needs his help.

The game’s makers say they were inspired by classics such as The Legend of Zelda, Bastion and Diablo III and its isometric camera, art style and gameplay show traces of all three. After Oji’s mom appears to him, he sets off on a quest to find his father, a mysterious Sumo warrior. Along the way he adds Sumo moves to his combat repertoire and puts things right in the realm, helping its inhabitants break their own cycles of despair and dysfunction. As he does so, he overcomes his own obstacles.

“Our protagonist, Oji, is the epitome of the unlikely hero,” the developers write. “As an orphan tormented by bullies, he is far from a traditional video game hero. But that is what makes this game so special; Oji’s greatest attribute is his empathy for those in trouble. His vulnerability and sweet demeanour makes him the perfect hero that symbolises the essence of youthful courage.”

TAPRR, a multinational team founded by Chris Laurent and Rob Salha, say they understand “the connotations that come with a social justice game, and we are aware of the risk of becoming a Public Service Announcement (PSA) instead of a fun game.

“SumoBoy, at its core, is a game about bullying, but it’s also the creation of dozens of game lovers who want to bring you the best and most fulfilling gaming experience possible.”

For more on the project, see its Kickstarter page. As of writing just under $5,000 (Australian) toward its $100,000 goal has been pledged.