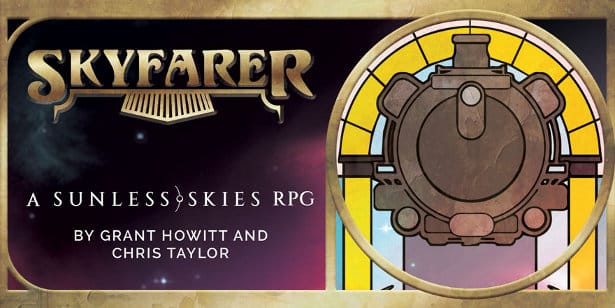 
Failbetter Games are also getting ready for the launch on January 31st, 2019. Between now and then, there will be one more update: COMMANDER. Which focuses primarily on the reading experience and a rework of the user interface. Also coming to Linux, Mac and Windows.

“We’ve used the time in Early Access to fill the world with the most glorious stories. And also to refine the play experience: improving combat, tweaking the skyfaring experience, and closing in on a dark and dread-soaked atmosphere.” says CEO Paul Arendt. “The next update, due on 10th October, will include a complete overhaul of the Reach region and extended mechanics for Terror, fuel, hunger and crew.”

SKYFARER: A Sunless Skies RPG is a pen and paper RPG system. Also coming thanks to the efforts of Grant Howitt and Chris Taylor of Rowan, Rook and Decard. Since they are the minds behind Spire, Honey Heist, Goblin Quest, One Last Job and many other games. SKYFARER follows in the footsteps of their previous work. While gameplay has a focus on quick-form, rapid-fire play that leaves players wanting more.

“‘Why don’t you make an RPG set in the Fallen London universe?’ Having been a regular request from players for – oh, going on nine years, now. Working with Grant and Chris on SKYFARER. Bringing one of our worlds to the tabletop has been hugely exciting. I can’t wait to hear what delicious and horrifying adventures people have with their friends,” says Narrative Director Chris Gardiner. “We’ve tried to make the game friendly to new and experienced roleplayers. And also to provide evocative adventure seeds to get things moving in an appropriately Failbettery direction. The game is completely true to our universe. So the player will find mystery, adventure, bad decisions, improbable characters, nocturnal horrors, and tentacles.”

ABOUT SKYFARER: A SUNLESS SKIES RPG

While SUNLESS SKIES puts the player in the role of a Captain aboard a locomotive engine, cruising the skies looking for adventure and profit, SKYFARER gives players the opportunity to play the crew. Gunners, quartermasters, engineers, signallers – even mascots. All are brought to the fore as the Captain is struck down by misfortune. And the crew must also band together to get out of, and probably into, trouble.

Using a simple dice-based system. SKYFARER allows players and gamemasters to easily tell stories set in the FALLEN LONDON universe. With plenty of climactic moments, tense stand-offs, and grim decisions. As characters risk life and limb, they’ll accrue Peril. The more Peril they have, the greater the chance of them meeting a grisly and permanent end.

Luckily, things are made easier by spending Tenacity. A resource earned by acting in accordance with your character’s drives and beliefs. But how will those integrities change? Since you’re out on the frontier of Victoria’s Empire.

SUNLESS SKIES is available in Early Access on Linux, Mac and Windows. Priced at $24.99 USD on Steam, GOG and Humble Store.