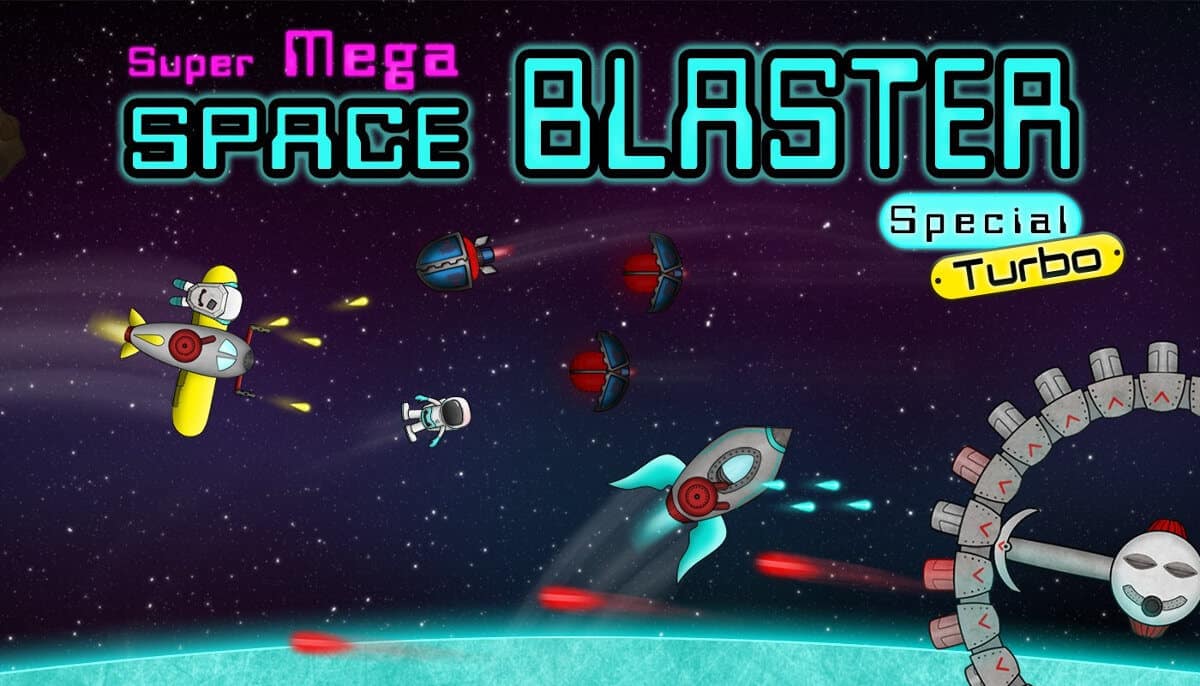 Super Mega Space Blaster Special Turbo is due to release this month on Linux, Mac and Windows PC. Thanks to developers Bare Knuckle Development. The epic new arcade shooter is due to release on Steam in two weeks.

Super Mega Space Blaster Special Turbo has January 14th release date. So you can take on the modern retro arcade shoot ’em up (shmup). Where players must remotely pilot space blasters. All while saving humanity from extinction. Due to being an addictive, fast-paced, easy to pick-up hard to master space blaster.
Therefore, expect bullet hell elements, loads of unlockables, and leaderboards to climb. This ‘Turbo’ edition of Super Mega Space Blaster Special is the definitive edition. Meaning, gameplay includes more ships, game modes, and more unlockables. There are also far more challenges and space blasting mayhem than ever before.

The complete soundtrack (OST) is heading to store. Expect it on Steam, Spotify, Apple Music, Tidal, YouTube and other music platforms. This album includes all 4 pumping 80’s inspired tracks from the game as well as 2 remixes. The digital download will be available on Steam from 14th January 2020. Priced at $1.99 USD, £1.59 GBP, €1.79 EUR, A$2.95 AUD. The Steam version will also include a printable A3 poster. Plus a desktop wallpaper and will be available for a reduced price. All part of the Deluxe and Ultimate Space Blaster bundles.