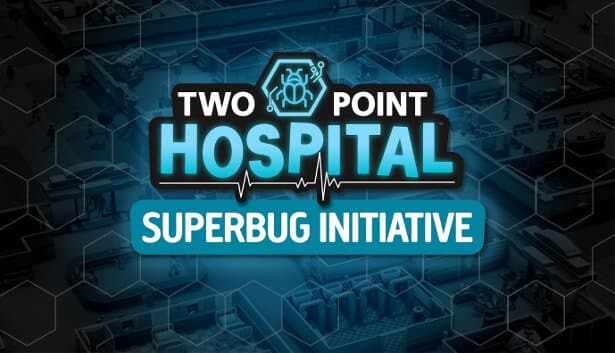 Players will collaborate on challenges. While you work to unlock unique items. And also more technology for your hospitals.

Word has come in from Bungle Technologies. Select healthcare organisations will be invited. Working towards the future of Two Point County as part of the Superbug Initiative. So this is coming April 30th as a free update to Two Point Hospital.

All of the Kudosh in the world can’t buy certain, coveted items. Or even upgrades for your healthcare organization. But in Two Point County they have the solution. Hence the Superbug Initiative.
So here is where you complete in-game challenges with your friends. And other players from around the world. All from the comfort of your own hospitals. While you work to unlock cutting edge technology. And also rare items for your hospitals. So you can revolutionise healthcare forever. Two Point Studios will push regular updates. Including more challenges. Right after its initial April 30th launch.

So if you want update your game to enable The Superbug Initiative. You should receive a letter. Since this will introduce the feature. But you can access it now too.

Since its release in August 2018. Two Point Hospital continues to charm players the world over. Which also won a few shiny awards! All in part thanks to the free updates from Two Point Studios. While looking to the community for the most requested features.

In Two Point Hospital, players must “build, cure, and improve”. And if possible, try not to kill anyone. While designing and upgrading hospitals. Even hiring and training staff with their own quirks. And researching cures to most unusual illnesses. Such as Mock Star, Jest Infection or Cubism.

Two Point Hospital is available on Steam and Humble Store. Priced at $39.99 USD.

Also note, the game still suffers on Linux. At least those using NVIDIA hardware. So for this, just select the game Properties in Steam. Then check the “Steam Play compatibility tool”. Since the game works using Proton.
Those using AMD GPU’s should be able to play the game just fine on Linux.