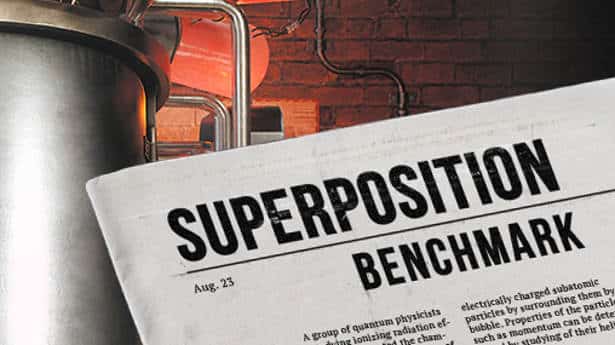 Continuing on with some interesting gaming news. Unigine has #officiallylaunched their Superposition #gamingbenchmark #tool. Since the release was previously delayed. Which does include a build for Linux and Windows. While also compatibility with the HTC Vive and Oculus Rift in VR mode.

Since Unigine’s Superposition benchmark is using the Unigine 2 game engine. Hence getting a dicey start in the news earlier this year when it was pulled from Valve’s Steam Greenlight. Since the tool is technically a not gaming software.

“Superposition Benchmark was excluded out of the Greenlight [programme]. After only three months of active voting,” the company’s Steam post explained at the time. “It was #1 recently, but was declined by Steam moderation team. Because ‘benchmark’ is not the kind of software that allowed to take part in Greenlight at the moment. Well, this is the unpleasant surprise for us as well, but those are the Steam rules.”

While Steam is not an option for software distribution of the benchmark. Unigine is still moving ahead in the news, by releasing it anyway. Coming complete with a backstory while watching the scene rendered over and over again. While making your gaming rig test of it’s limits slightly less boring.

‘A lone professor performs dangerous experiments in an abandoned classroom, day in and day out. Obsessed with inventions and discoveries beyond the wildest dreams, he strives to prove his ideas,‘ Unigine’s backstory reads.  ‘Once you come to this place in the early morning, you would not meet him there. The eerie thing is a loud bang from the laboratory heard a few moments ago. What was that? You have the only chance to cast some light upon this incident by going deeply into the matter of quantum theory: thorough visual inspection of professor’s records and instruments will help to lift the veil on the mystery.‘

So to be completely fair. Unigine, using a story for Superposition makes a lot of sense. Hence offering more than the average benchmark tool. Plus the package comes with a free-roam ‘interactive’ mode. A selection of mini-games, which are all playable in 2D or in 3D mode. This is effective when running on a system equipped with an HTC Vive or Oculus Rift. While the benchmark itself even includes global leaderboards. Along with a GPU stress-testing mode and scalable quality settings.

Superposition is available to download now, free of charge for Linux or Windows. Or buy the full release on the official website.