Supraland 2 metroidvania is live on Kickstarter 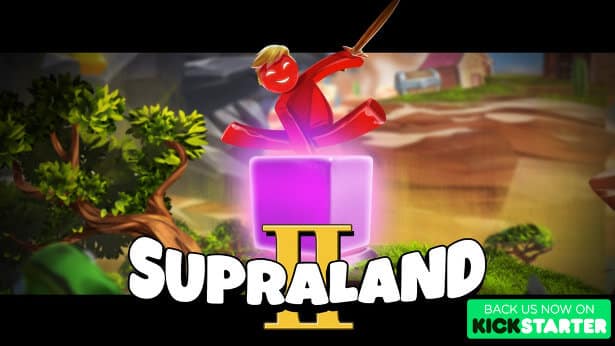 Supraland 2 first person metroidvania games on Kickstarter for Linux, Mac and Windows PC. Thanks to Supra Games. Since the team is looking to raise €20,000. And the crowdfunding campaign is moving right along.


Supraland 2 will includes lots of new gameplay ideas. While keeping the core design philosophy. Similar to that of Supraland 1. Since you explore the first person metroidvania on your own. Doing so at your own pace. While you upgrade your gear, find new secrets and abilities. And solve a lot of new and original puzzles.

Supra Games are also offering something different. A bonus for supporting the Supraland 2 campaign.
So, if you pledge the campaign, receive “Supraland: The Crash”. The games first DLC coming this year for Supraland 1.

This an interesting incentive. Since it requires players to buy the base game. And also puts you on the spot. Or gives an incentive to play. Depending on how you look at it.
The good news, the games discounted 30% on Steam. But no worries, Supraland 1 holds a 90% Very Positive review rating. So it is good.
Plus you can also expect Platinum support via Proton. Which explains why the Kickstarter campaign is doing so well. With 31 days to hit that €20,000 goal. And a release coming in 2021.