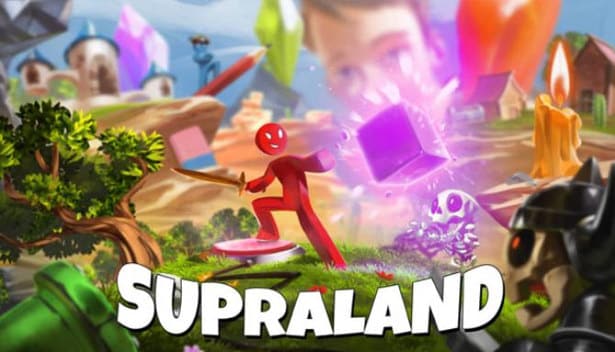 Supraland a puzzle adventure exploration in both Linux and Windows PC games. Thanks to developer Supra Games. Who is releasing Linux support to help support their Kickstarter. And since Supraland has a 96% Overwhelmingly Positive review score on Steam. You’re going to want to back the Supraland 2 campaign.


So this is somewhat of a surprise. But a good one, since Supraland is a great game. This is also a smart move for Supra Games. Both in support for Supraland 2 on Kickstarter and the Steam Summer Sale.
Supraland 2 is an impressive game. A mix between Portal, Zelda and Metroid. Since you have to explore and find secret upgrades. And also solve puzzles, beat up monsters, find new abilities. You know, things that help you reach new places.

Supraland assumes that you are intelligent. And lets you play all on your own.
Since the story is minimal. This gives you an overarching goal to pursue. And allowing you to roam free.
Also despite child friendly visuals. The gameplay targets experienced players. Including roughly 12-25hrs of gameplay.

Supraland puzzle adventure releases on Linux. The games also available for Windows PC on Steam with a discount. With a listing on the Humble Store (no discount).

Supraland 2 metroidvania is live on Kickstarter