Just a few years ago, people were begging for the System Shock 2 legal situation to be resolved. It wasn’t a technical problem, but a #legal death trap of rights that entangled its feet, keeping it just out of grasp as we all reached out to save it. And then it was suddenly in our hands, and we could all have the #game on the digital distribution platform of our choosing (GOG.com or Steam). With that resolved, it seemed that the story of System Shock 2 was over. But wait *shocking twist music*, like a hand shooting out of a grave, there’s one final moment for SS2 to surprise us: a new update that lands it on Linux. It is available right now on Steam.

Blimey. It would be easy to dismiss this, but this is a 14 year-old game. The one thing that’s kept me from jumping on Valve’s Linux train is the back catalogue: new games will probably have an easier task of justifying a Linux port, but to take a game that was developed in the ’90s and make it run on not Windows (it already runs on Mac) is something I didn’t think would happen.

It’s probably an anomaly, but it gives me hope. 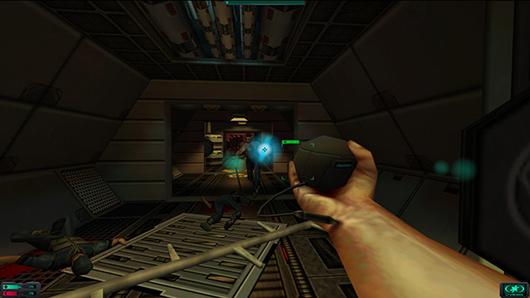 System Shock 2 on Steam's Daily Deal for half price