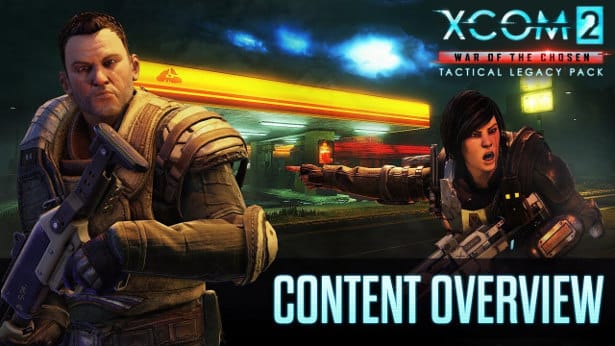 Tactical Legacy Pack is now available for XCOM 2 on Linux, Mac and Windows. Since this honors the legacy of the XCOM series with a collection of new game modes. As well as new maps, weapons, armors, Photobooth, soundtrack, and customization options. Available on Steam plus a 40% discount.

Also, the Tactical Legacy Pack is free to all owners of War of the Chosen. Doing so until 12:59pm Eastern Standard Time on 3rd December 2018.

In the overview video below, XCOM series Creative Director Jake Solomon talks about the inspiration behind this massive content drop:

Legacy Ops – Command a squad of soldiers through a series of linked consecutive tactical missions:

Central’s Archives – Central Officer Bradford, and other key members of XCOM. All recount the pivotal operations that also led to the rise of the resistance. Between the events of XCOM: Enemy Unknown and XCOM 2:

The Tactical Legacy Pack requires ownership of both the base game XCOM 2 and the War of the Chosen expansion to play. And the best deal available is on Steam, with that 40% discount.