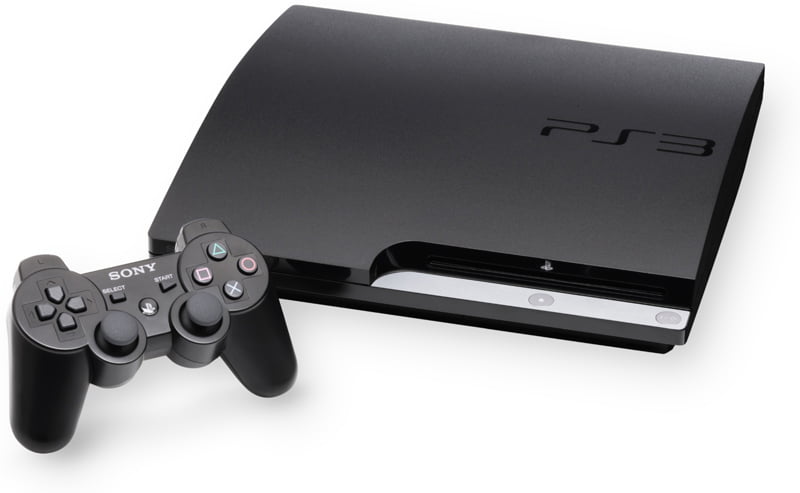 After a full 6 years Sony has finally reached an agreement on a #settlement with the plaintiffs in a 2010 #classaction lawsuit over the Playstation 3’s Linux functionality.

Back in 2010, the plaintiff Anthony Ventura filed suit against Sony, alleging that the company was in breach contract between the company and Playstation 3 customers for the company disabling the console’s “other OS” functionality. And by doing so it had actually committed an unfair and misguided business practice for its customers.

As we all know, the “other OS” functionality allowed Playstation 3 owners to install Linux and other non-Playstation operating systems on the console, until the capability was removed in 2010 via a firmware update.

Sony had consistently claimed the right within their own terms of service to remove the “other OS” feature. Plus there was a sound reason for doing so, the fear this capability being abused by hackers and pirates.

According to a filing discovered by Ars Technica, Sony has finally agreed to settle the lawsuit, promising to pay $55 to Playstation 3 owners who can make a valid claim that they used the other OS functionality, and $9 to Playstation 3 owners who can attest “that they lost value and/or desired functionality or were otherwise injured as a consequence of the firmware update.”

The settlement needs to be approved by a judge, but Sony’s co-operating to finally settle the case is a solid indicator this matter will finally be closed.

The settlement details also make it quite clear that this agreement was not made lightly by either party. The case was already dismissed with prejudice by one judge, then had the dismissal partially revoked by another judge, only arrive at a settlement after several months of negotiation.

Over 7 years after the latest Half Life game has been released, fans are still unaware about what exactly is happening with one of the biggest first person shooter franchises.

After a ton of speculation and #rumors even an internet meme has spanned, known as “Half Life 3 Confirmed”. However, #Valve is still not discussing the future of the project, leading some fans to believe that the company has actually moved on to the development of other titles that bring more revenue, such as Dota 2, Team Fortress 2 and Left 4 Dead 2. The spark of hope, that Half Life 3 will soon hit the market, comes from the hardcore fans of Valve and the franchise. But why exactly should people believe that the game will see the light of day?

Half Life 3 is not a myth and hardcore fans are certain that this may be the year that we will finally hear something official about the game. However, where does this certainty come from? Valve is one of the most complicated companies, when it comes to game development and marketing strategies. Founded by former Microsoft employees, Gabe Newell and Mike Harrington, back in 1996, the company quickly became one of the biggest names in the gaming industry, because of their masterpiece for its time, Half Life.

What new fans of the series don’t know is that Valve is always trying to “wow” the audience and they crave for perfection. Half Life was highly anticipated and was set to release in November 1997. However, as the company was rather new when they took a look at their game, they’ve realized that the finished product is too far off their vision of the perfect game. Taking a risky move and scrapping out most of their work, Valve delayed the game to Summer 1998, then to Fall 1998, and finally to November 1998, after which a leaked demo meant only for the developers hit the internet, thus making the game a true sensation before it was even released. Even though the company took measures, a similar leak hit the internet with a few playable levels of Half Life 2, which almost brought Valve down to its knees and almost ruined the franchise. The two leaks may hold certain answers as to why Half Life 3 is kept under such secrecy.

Gabe Newell still believes his former statement that “a product is delayed for a little while, but a product will suck forever.” Becoming much like a company motto, most fans of Valve know that the company always delays their games. However, this might actually backslash the company, as seven years in the making; Half Life 3 should be truly an extraordinary piece of entertainment in order to achieve the same success as its predecessors. Valve has always surprised the audience with unexpected announcements, but with Virtual Reality hitting shelves soon will the fans finally see a teaser of what might be Half Life 3? With E3 2014 just a week away, fans will soon see.

Let’s face it, we have been posting news about Half-Life 3 for some time now. Reblogging and getting the latest information out to all of you as soon as we see it.
However, this post really raises a lot of concerns, as there has been only rumour from Valve. The leaked information back in February caught our attention, sure. We were certain Valve had something up their sleeve for a fall release.  Marketing, Steam Machines, AAA release, etc. But still no official word.

What are your thoughts on Half-Life 3? Do you think the delayed release of Steam Machines coincide with development?

When Valve announced its SteamOS initiative last year, the company put Microsoft on notice. As a game maker and retailer, Valve’s reliance on Microsoft Windows was troubling to company executives, with CEO Gabe Newell, a former Microsoft employee, calling #Windows8 a “catastrophe.” For both technical and business reasons, Valve instead began pushing hard for PC gaming to adopt #Linux, the free operating system, as a way to escape Microsoft’s control.

While Valve’s SteamOS and early Steam Machines have been met with interest, the broader gaming market has yet to signal a move away from Windows. But in an effort to stem any future tides, Microsoft used last week’s Game Developers Conference to announce a “renewed focus on PC gaming.”

As reported by Edge Online, Microsoft Studios Chief Phil Spencer discussed Valve and PC gaming as part of a broader “fireside chat” about the company’s initiatives in mobile, consoles, and desktops. Mr. Spencer praised Valve for its leadership in gaming, and claimed that its push towards Linux gives Microsoft the impetus to redouble its efforts in PC gaming.

They’ve been the backbone for PC gaming for the last decade when you think about the work that they’ve done. As the Windows company I appreciate what they’ve done. In a lot of ways they’ve focused more on PC gaming than we have, and for me that’s something inside the company that we’ll have a renewed focus on – Windows and PC gaming inside of Microsoft is definitely happening.

In line with Mr. Spencer’s comments, Microsoft also used GDC to unveil DirectX 12, the next version of the company’s graphics and gaming APIs, which promises better support for a variety of devices, as well as a lower level of hardware abstraction, allowing for improved multithreaded scaling and CPU utilization.

As for more consumer-focused announcements about Microsoft’s new PC gaming plans, Mr. Spencer promises that the company will have more to share at this year’s E3 conference, scheduled for June 10 through June 12.

In the opening keynote of IndieCade #East, Vlambeer’s Rami Ismail ran down the history of the two-person game development company that is now best known for Ridiculous Fishing. Vlambeer has no intention on making big games; in fact, #Ismail announced to an audience that he wants to “make better games, not bigger games.”

As a part of the talk, Ismail described how Vlambeer formed – going back as far as the childhood of both himself and Jan Willem Nijman – giving context for why Vlambeer does what it does. Nijman, who did not attend IndieCade East, practiced game development by making a rapid succession of short games through The Poppenkast, where he participated in many three-hour game jams. Ismail said these quick game jams led to Nijman’s game design sense.

“Even though he really didn’t make anything good, he did make a lot of stuff,” Ismail commented.

In his keynote, Ismail chronicled Vlambeer’s winding road to success. Going from game to game, Vlambeer consistently had little money. By the end of 2011, Vlambeer only had $2,000 in its bank account, and the company almost fell apart. Even so, Ismail and Nijman decided the best course of action was to continue making games. Later on in 2012 when “things weren’t working” for Vlambeer’s game Hyper Crate Box, the solution again was to work on dozens of different games, continually making little games and finding the game that just hasn’t been made yet.

When Ridiculous Fishing launched on iOS in March 2013, it became a hit, and it took some of the stresses of money problems off of Ismail and Nijman’s shoulders. The duo is currently working on Luftrausers. Vlambeer is a more well-known company now, but its climb to success meant trying a lot of things. Bottom line, Ismail and Nijman keep making games, and they work on making them better. However, Ismail stressed that there is no single road for success.

“There are really no shortcuts to making games,” he said. “And there really is no right way of making games.” Any game developers aspiring for success have to make their own luck – be active, meet new people, but most of all, “make games.” Those two words lay on the final presentation slide. 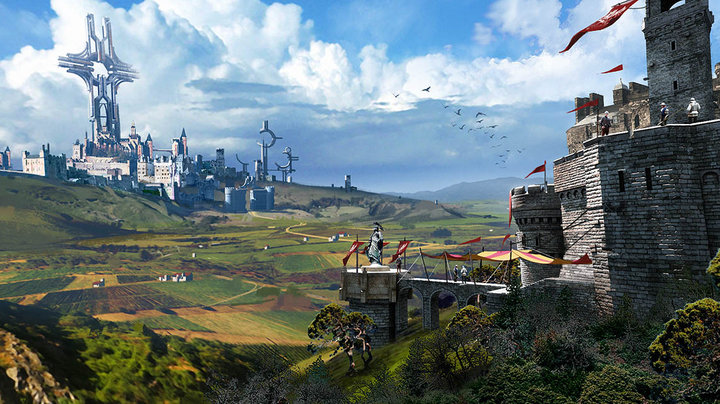 The Kickstarter drive for Unsung Story: Tale of the Guardians, the tactical #roleplaying #game from designer Yasumi Matsuno and publisher Playdek, reached its funding goal last night, less than a day before its deadline.

That means that Unsung Story, which is already in development on Android and iOS, will also be released on Linux, Mac and Windows PC. Playdek is aiming to launch those versions in July 2015.

“This has been an incredible journey and without all of you this wouldn’t be possible, so thank you,” reads a Kickstarter update from Playdek. “You guys are the best and we are so grateful to have you with us on the rest of the journey.”

The company surpassed its $600,000 funding goal shortly before midnight ET today, about 20 hours prior to the end of the Kickstarter campaign. Now, with eight and a half hours to go until the 8 p.m. ET deadline, the company has raised more than $620,000. Playdek’s first stretch goal is at the $750,000 mark.